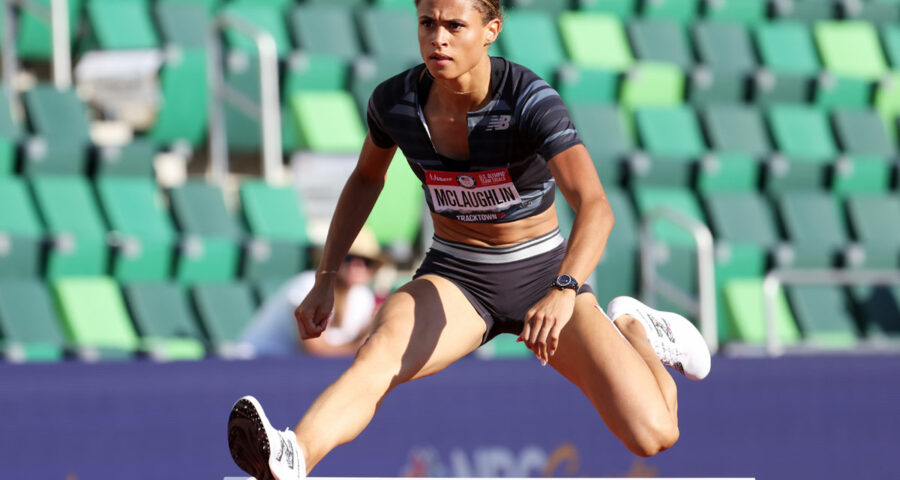 Sydney McLaughlin broke the women’s 400 metres hurdles world record with a time of 51.90 seconds in the final of the US Olympic athletics trials on Sunday.

The 21-year-old, who booked her spot at the Tokyo Games, seized the lead around the final bend and into the home stretch to power home and beat Rio Olympic champion Dalilah Muhammad’s previous mark of 52.16.

“This season, working with my new coach and just my new support system, it’s truly just faith and trusting the process and I couldn’t ask for anything more,” said McLaughlin, who has the same coach as six-time Olympic gold medallist Allyson Felix, Bob Kersee.

McLaughlin is set for a showdown at the upcoming Games against Muhammad, 31, who finished second in 52.42 at Eugene, Oregon’s Hayward Field.

“It was just such a long season coming,” said Muhammad. “It’s going to be a battle in Tokyo, for sure.”

Anna Cockrell, 23, also booked her ticket to the Games, finishing third in 53.70