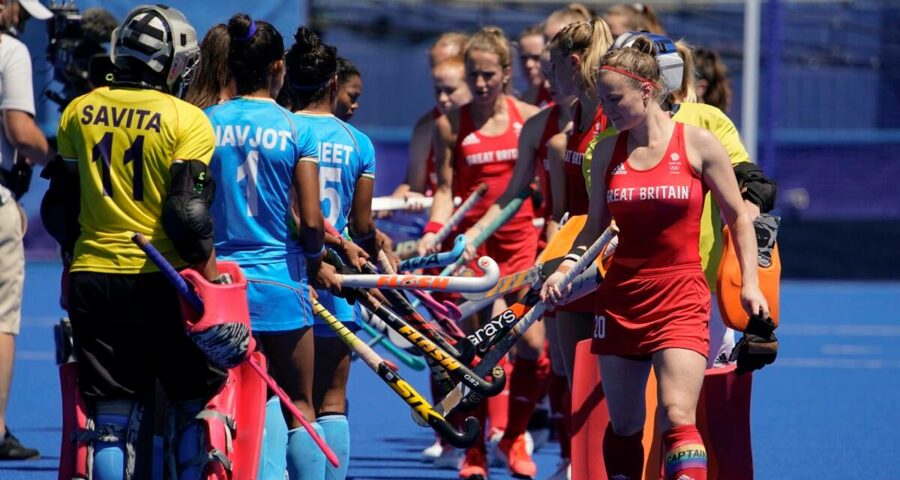 Hockey India said they did not want to ‘risk’ the health of the players by claiming that ‘over the last 18 months, England has been the worst affected country in Europe’ with regards to the pandemic The dispute between Indian and British governments over vaccination certificates and quarantine regulations has spilled over to the hockey turf.

A day after England pulled out of the Junior World Cup, to be held in Bhubaneswar in November, India confirmed the withdrawal of its men’s and women’s teams from next year’s Birmingham Commonwealth Games. Both have cited the mandatory 10-day quarantine imposed on travellers from the other country by their governments as one of the key reasons for the decision.

Last month, Hockey India had said the participation of its teams in the CWG was ‘doubtful’ because of the competition’s proximity to the Asian Games, where an Olympic berth is at stake. But in a letter to Indian Olympic Association (IOA) president Narinder Batra on Tuesday, Hockey India chief Gyanendro Ningombam cited the ‘discriminatory restrictions’ that are ‘biased against India’ as an additional reason to pull out of the CWG. Curiously, the announcement came barely a couple of hours after the government said in a media release that the men’s team was ‘likely to participate’ in the tournament.

The CWG are scheduled to take place in Birmingham from July 28 to August 8. With the withdrawal of the hockey teams, India’s participation will be significantly reduced given that shooting and archery, too, are not a part of the Games programme.

Hockey India also said they did not want to ‘risk’ the health of the players by claiming that ‘over the last 18 months, England has been the worst affected country in Europe’ with regards to the pandemic.
Ningombam wrote in his letter to Batra: “It is pertinent to mention that due to the ongoing Covid-19 situation, England have issued guidelines that 10 days quarantine is required (for) Indian arrivals in England even for those who are fully vaccinated, since unfortunately Indian vaccinations are not yet recognised by the English government.”

He added: “Such discriminatory restrictions were not imposed on Indian athletes and officials during the recent Tokyo Olympic Games and this 10 days quarantine requirement for vaccinated sportspersons will affect their performances. We feel these restrictions are biased against India and term it as very unfortunate.”

On Monday, Hockey England had announced their withdrawal from the Junior World Cup, which will be held from November 24 to December 5. “…with a number of COVID-related concerns in place, and with player and staff wellbeing in mind, it has become untenable for our team to participate. We note that on Friday the Indian government announced a mandatory ten-day quarantine for all UK nationals,” Hockey England said in a statement.

India and Britain have been locked in a tiff over vaccination certificates and quarantine requirements for each other’s nationals.

When contacted, Batra said the decision not to compete in the CWG is final even though it is still nine months away. “Even England pulled out (of the Junior World Cup) when there are almost 60 days to go. Asian Games are important for us and will take place immediately after the CWG. We do not know what kind of conditions will be put on us at that stage so we don’t want our players to be under any kind of stress before the Asian Games,” Batra said.

Batra and Hockey India have maintained that they will be prioritising the Asian Games ahead of the CWG next year. In hockey, the Asian Games gold medallists are confirmed of an Olympic berth, thus saving the team from a tricky qualifying process.

The Asian Games will begin in Hangzhou, China, on September 10, a little over a month after the CWG concludes. For the women’s team, the schedule would have been even tighter had they taken part in the Birmingham Games as the World Cup is scheduled to be held in Spain from July 1 to 17.

The Sports Authority of India, meanwhile, said the men’s probables began training on Monday as per the revised Standard Operating Procedure. The Tokyo Olympics bronze medallists underwent a Rapid Antigen Test and have been put up in separate rooms ‘as per quarantine rule’. “The players are undergoing outdoor training in a different slot and are not mixing with other campers of SAI Bangalore,” SAI said in a release.