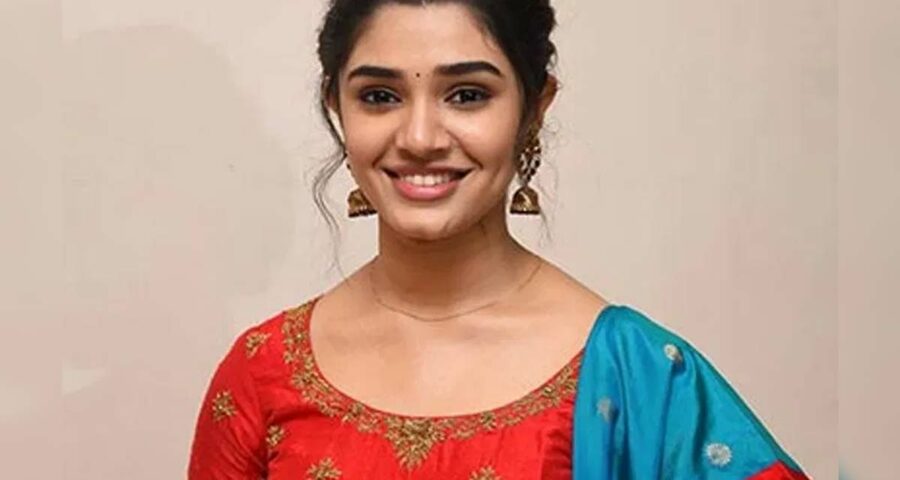 Krithi Shetty who was last seen playing the female lead in romantic and emotional drama Uppena, is currently sharing the screen space with the young and energetic actor Ram Pothineni in an upcoming  film RAPO19, which is being directed by Tamil film maker Lingusamy. Today on the occasion of Krithi Shetty’ birthday, the makers of RAPO19 released the first look poster of the actress from Ram Pothineni starrer.

Coming on the first look poster of Krithi Shetty from RSPO19, she looks cute in smiles.  A few days ago,  there was a strong buzz in the film industry that Krithi Shetty has hiked her fees after the success of her first film. And now, looks like Uppena girl is all set to rule with her acting talent.

RAPO19 is a bilingual drama which is being made in Telugu and Tamil. The upcoming drama marks the debut of Ram Pothineni in Tamil film Industry.   The much hyped yet to be titled film is  bankrolled by Srinivasaa Chitturi under  the banner of  Srinivasaa Silver Screens banner and  the movie is presented by Pavan Kumar.

On the otherside, Krithi Shetty will be seen playing one of the female lead in Natural Star Nani starrer Shyam Singha Roy. The film also stars  MCA fame Sai Pallavi and Madonna Sebastian in female leads.