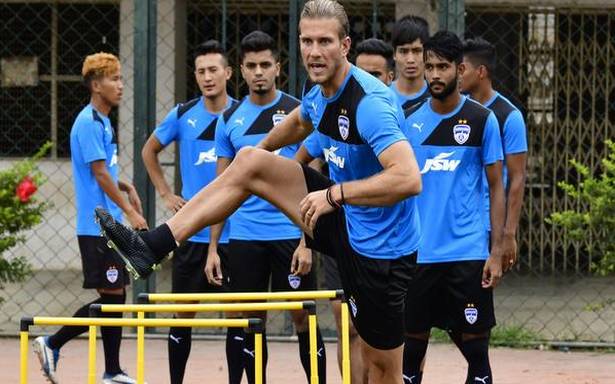 The Asian Football Confederation (AFC) has postponed the Group D and Playoff stage matches of the AFC Cup, scheduled to be held in Male (Maldives), involving ATK Mohun Bagan and Bengaluru FC (BFC).

ATK Mohun Bagan was scheduled to leave for Male on Monday to play its Group D matches. The BFC squad, on the other hand, had landed in Male on Friday ahead of its playoff match against Club Eagles on Tuesday.

“The AFC Cup (South) Group and Playoff Stage matches are now postponed until further notice with more information to be announced in due course. Participating clubs who have travelled to Maldives for both the Group and Playoff Stages will be required to arrange for their return home while adhering to the COVID-19 health and travel protocols put in place by the country,” an AFC statement read.

While the AFC did not mention a reason for the postponement, the announcement came after reports emerged of a breach of COVID-19 protocol by BFC squad members in Male.

Local media outlets in Maldives reported that a few BFC players and staff were spotted on the Male streets — a violation of the protocol set by the Health Protection Agency. The protocol states that the BFC contingent is allowed to leave the team hotel only to train and play the match.

A request made to BFC to confirm the identity of the two members — with their backs to the camera, unlike a clearly identifiable Paartalu — was not entertained.

“Unacceptable behavior from @bengalurufc (BFC) breaching the strict guidelines from HPA & @theafcdotcom (AFC). The club should leave Maldives immediately as we can’t entertain this act. We honoured the commitment we gave a few months back even with the surge in cases & pressure from the public,” Mahloof tweeted.

BFC owner Parth Jindal apologised for the “inexcusable behavior of three of our foreign players/staff while in Male” on Twitter, and promised to take “strictest action” against the offenders. The club released an apology note as well, stating that it will deal with the matter internally.

“The club is making arrangements to get all its players and staff home at the earliest. Bengaluru FC would also like to place on record an unconditional apology for a health and safety breach, involving one member of staff and two players, in the Maldives, on Sunday,” a BFC statement read.

The tournament’s postponement brought a sense of relief in the ATK Mohun Bagan camp, which saw two of its Indian players Prabir Das and Sheikh Sahil testing positive for COVID-19.

“We have confirmation from AFC that the matches are being postponed. This is a relief for the team as we had to leave behind two of our regular players who have tested positive for COVID-19 during the screening process ahead of our departure for Maldives,” said a Mohun Bagan official on Sunday.

The team was likely to miss a few of its foreign players, who could not leave the country owing to restrictions imposed in their respective countries.