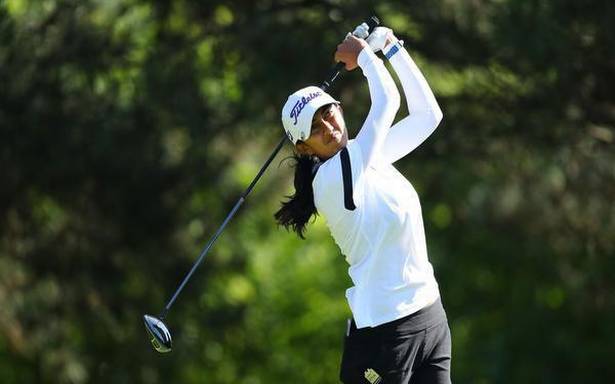 Aditi had four birdies against two bogeys in her 69 and is now two-under for 54 holes.

India’s Aditi Ashok shot two-under 69, after two even par rounds of 71 each, to rise to tied 37th spot at the Volunteers of America Classic golf tournament on the LPGA.

Aditi, who had a couple of months off after April’s LA Open, endured two missed cuts on return last month and this week will go a long way in getting her form and confidence back.

Aditi had four birdies against two bogeys in her 69 and is now two-under for 54 holes.

South Korea’s Jin Young Ko shot a five-under-par 66 on Saturday to take the lead. She also had an eagle on the 15th hole. Ko spent 92 weeks ranked No. 1 in 2020-21 season before being dethroned last week.

Rain and lightning have affected the event the Old American Golf Course and it led to a long day of play on Saturday.

Finland’s Matilda Castren, leader coming into the day, is tied for second spot after shooting a 68 to fall a stroke off the pace. She is tied with Esther Henseleit of Germany, who shot 64.

Another South Korean Jeongeun Lee is in fourth place at -10, while American Angela Stanford and Slovenian Ana Belac are tied for fifth at -9. Four players are tied for seventh at -8.