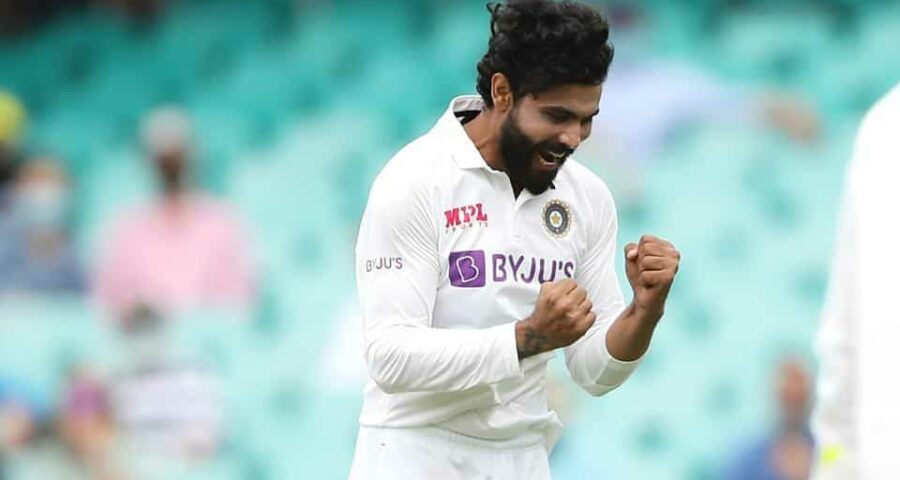 Ravindra Jadeja was the star of the show as India bowled Australia out for 338 to stage a strong comeback on Day 2 of the India vs Australia third Test in Sydney.

Jadeja, who bowled only 3 overs on the first day, orchestrated India’s return by picking up 4 wickets for 62 runs – his third best figures in Test cricket away from home – with the ball on Friday.

If that was not enough then Jadeja showed his worth as three-dimensional cricketer to put an end to what was a brilliant innings from Steve Smith. It took a Jadeja direct hit from square leg to end Smith’s 131-run knock. This also turned out to be Australia’s last wicket.

Smith wanted to take a double but chose the wrong fielder to take on. Jadeja, with one stump to aim, hit the bullseye.

Jadeja bowled two yorkers in the second session – the first one cleaned up Pat Cummins for a duck and the next one trapped Nathan Lyon in front again for a duck.

The left-arm spinner had of course started the slide in the first session. Australia were cruising at 2016 for two with Marnus Labuschagne and Steve Smith going strong when Jadeja got one to bounce off the length and get an outside edge from Labuschagne’s bat when he was 91.

A few overs later, Jadeja foxed Matthew Wade, who was looking to attack the Indian spinners, by pulling his length when the left-hander charged down the wicket. Wade was dismissed for 13.

After Jadeja’s double strike in the morning, Jasprit Bumrah did the rest of the work with the second new ball. Bumrah dismissed Cameron Green for a 21-ball duck before lunch and after it, he cut Australia skipper Tim Paine in half to clean him up for 1.

In between all this, Steve Smith was the rock who stood tall for Australia by slamming his 27th Tes ton. This was also the first instance of an Australian batsman scoring a century in this series. Smith shrugged his string of low scores by slamming 131 off 226 balls, this was also his 8th ton in Tests against India.