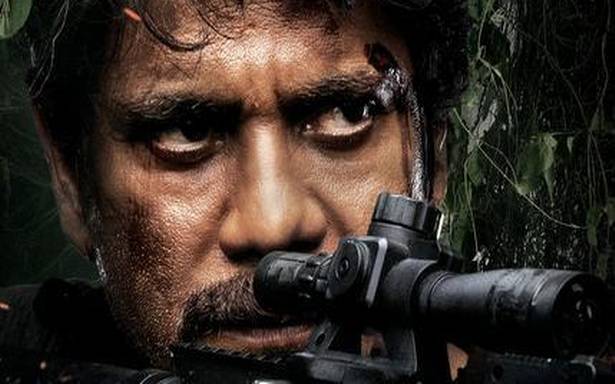 A terrorist is proving to be slippery. The National Investigation Agency (NIA) officers need a whole new plan to outsmart him. At that juncture, they are reminded of the possibilities ahead of them — if they fail, they might be executed in a foreign land or be imprisoned with no hope of rescue. If they succeed, they return with pride but won’t be celebrated in public, because they are undercover officers who have to take on new missions. Wild Dog

That moment in Wild Dog, co-written and directed by Ahishor Solomon, underlines why this relentless chase between the NIA and the terrorist, is different from other such on-screen fictional battles we’ve seen before.

Wild Dog is inspired by the NIA’s undercover operation to nab Yasin Bhatkal from Nepal. Bhatkal was a key operative of the Indian Mujahideen and involved in several blasts across India, including the 2007 serial blasts in Hyderabad and the 2010 blast in Pune.

A dramatised story based on true incidents, Wild Dog is an ode to the NIA officers who staked everything to nab Bhatkal. Expectedly, there are a few unmissable cinematic tropes — like the best officer not being in the thick of the action, after being relegated to a desk job because his methods came across as brash. There’s also a personal loss, for the emotional heft. But, on the bright side, the emphasis remains on the bigger battle of stopping more such blasts that this terrorist could mastermind.

Leading the mission from the front is an in-form Nagarjuna Akkineni, slipping easily into the part of the middle-aged NIA officer Vijay Varma whose ‘Wild Dog’ reputation precedes him. His fitness and agility come in handy to play the part of an officer who is no stranger to tough terrains and opponents.

Ahishor saves the best for the latter portions of the film, taking his time to build the drama and set the stage for the crucial mission. The introductions to the NIA team members could have been written better; while one of the character’s fascination for Amitabh Bachchan is utilised to push the plot forward, there’s not even a feeble mention of it later.

For an hour or so, facts are unearthed and we understand the magnitude of the problem, but little else happens. There’s also the sense of deja vu of having seen broadly similar story arcs in mainstream films, be it how a group of officers attempting to close in on a target, or how the target tries to outsmart them.

However, once the action shifts to Nepal, Wild Dog is in top gear and pulls all stops to put forth a nail-biting chase. The casting is spot on; Ali Reza, Mayank Parakh, Prakash Sudarshan and Pradeep Rudra play their parts as NIA officers effectively and the gorgeous Saiyami Kher is impressive as the RAW (Research and Analysis Wing) agent who is no pushover. Dia Mirza makes her presence felt in a cameo. As the final chase gets underway, it’s easy to guess which character/s might switch sides, but there’s enough to keep us hooked.

There are scenes where Vijay Varma is shown to finish his opponents rather than leaving room for a trial, playing into populist methods. But then, Ahishor also shows his other side — as an officer who knows where to show restraint, and props to that. The patriotic fervour in Wild Dog also plays out effectively, without going overboard.

The film benefits from its able technical crew and special mentions are due to action director David Ismalone, cinematographer Shaneil Deo and Thaman for his background score.

With some more attention to the writing in the first hour, Wild Dog could have raised the bar higher. Nevertheless, the slick film is a celebration of the unsung NIA officers who made this story possible and of Nagarjuna, who shows that he can still pack a punch in action thrillers, with a mix of brawn, charm and maturity.