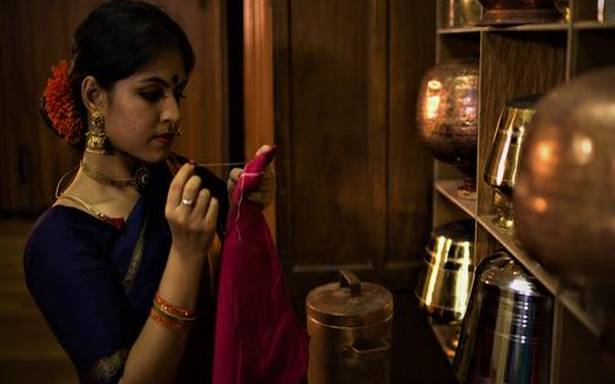 The 20-minute film will be screened at Chamudeshwari Studios, Cunningham Road on February 06 at 6 pm. The Kitchen, a blend of contemporary dance and Bharatanatya, explores women’s connection with the cooking space. The film seems to become the canvas on which movement vocabulary creates contemporary lines, leaving one with myriad interpretations and perceptions. Loaded with dance and few dialogues, The Kitchen sends out a strong message.

“The idea for the film was triggered by my memories of my mother,” says Vishwakiran. “I always saw her busy in the kitchen — when I left for school, when I returned and long after I had had my dinner. The film was an exploration of her relationship with this particular space. The film also looks at that relationship metaphorically. The script was improvised when the dancers came in and brought in their own stories as well. What you see on screen are real stories about women and their life experiences.”

He explains that the dialogues were brought in as a narrative for the movement to communicate. “In fact, the dialogues lead up to what the dancers express through their abhinaya.”

The 34-year-old dancer took over a year to make the film and had to wait the whole of last year to release it. “We will not release it online as yet. We will send it to film festivals and then release the film online.” The screening will be followed by a short discussion with the makers and performers. Contact 9886810367 for passes.