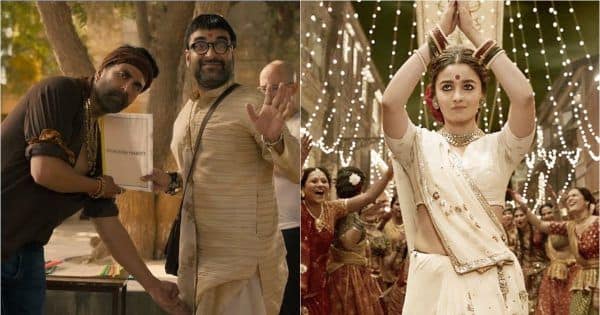 The world of entertainment has been very exciting today and we bring you a wrap of all the trending Bollywood news of the day. From Akshay Kumar getting brutally trolled for copying a viral meme in his upcoming film Bachchhan Paandey to Alia Bhatt starrer Gangubai Kathiawadi’s first review from Berlin Film Festival, here’s a look at the top trending entertainment news today.

Kangana Ranaut vs Alia Bhatt: Fans side with THIS actress in the Gangubai Kathiawadi controversy – VIEW POLL RESULT

Gehraiyaan: Deepika Padukone gets a THUMBS DOWN from a Former Police Commissioner; says he ‘stopped watching after 20 mins’

Gangubai Kathiawadi FIRST REVIEW out: Alia Bhatt’s intense portrayal of Gangubai is a feast for the eyes

Gangubai Kathiawadi FIRST REVIEW: Right from a promising young woman being forced to prostitution to becoming the brothel madam turned gangster, Alia Bhatt seems to have done justice to Gangubai’s character with her acting prowess. Read the full story here.

After watching Bachchhan Paandey trailer, netizens have pointed out that Akshay Kumar’s crotch-grabbing scene with Pankaj Tripathi has been blatantly copied from the viral social media meme. Read the full story here.

This is something unusual that happened in Sunny Leone’s life today. The actress mentioned how her pan card was used for fraud of rupees 2000 for a loan. Read the full story here.