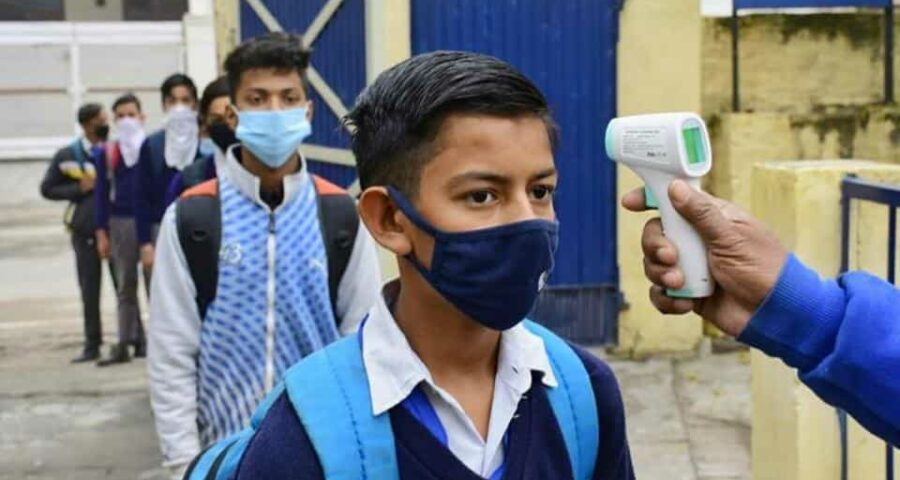 Ten months since the Covid-19 outbreak, schools reopened to thin attendance in Punjab on Thursday amid confusion among school heads over the requirement of written consent from parents during the pandemic.

Punjab school education minister Vijay Inder Singla announced on Wednesday afternoon that all government government, semi-government and private schools affiliated to the Punjab School Education Board would be reopened for students from Classes 5 to 12. The decision was taken around 2pm but the authorities issued another notification around 9pm, saying only those students who bring along the written consent of their parents will be allowed to attend class.

A majority of schools had only sent messages to parents to send their wards, but when the children arrived on Thursday, they were asked to submit the written consent from their parents.

Government school authorities said the thin attendance at most schools was also due to the parent-teacher meeting scheduled for Thursday during which few students turn up in any case.

Barely 10% students attended the physical classes in Ludhiana with the authorities saying many parents were hesitant to send their wards, fearing they may contract the coronavirus infection.

At the Government Primary School, Model Gram, in Ludhiana only seven of the 45 students of Class 5 came to school on Thursday. The students were accommodated by maintaining social distancing in classrooms. Jyoti Arora, an elementary training teacher at the school, said, “Parents have been informed to send their children with written consent. We expect more students to attend classes from Monday.”

The situation was similar in almost all schools of the district.

STRENGTH TO IMPROVE IN DAYS TO COME

Twenty of the 130 students of Class 5 at Government Primary School, Haibowal Kalan, attended classes on Thursday. School head Shivani Sood said, “We asked the parents to send their wards with the written consent but most of them are not willing yet. Today’s parent-teacher meeting was aimed at motivating them. We are hopeful they will give their consent in the days to come.”

Ludhiana district education officer, elementary-cum-secondary, Rajinder Kaur said, “We got an overwhelming response from parents at the PTMs. The attendance in primary and middle schools will improve in the next few days. Parents are willing to send their children as only two months are left for the final exams.”