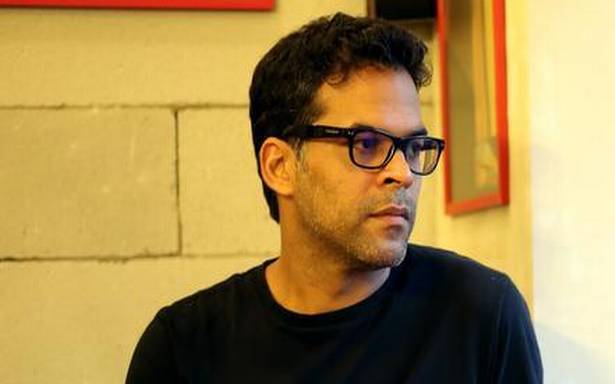 As part of the Art for Oxygen series, popular names from the entertainment industry conduct workshops to raise funds for COVID-19 relief

You are in an elevator with director Vikramaditya Motwane, and you have your first screenplay in hand. You have a minute to pitch it. How would you do it?

The filmmaker behind Trapped and Udaan is hosting the next edition of Art for Oxygen workshops this weekend. Motwane will be discussing a series of shortlisted film/web shows, and in the process, sharing his insights on how to perfect your pitch and make sure that your idea is being communicated well.

This class is 12th in a series of workshops facilitated by Nisha Kalra, who wrote for Bhaag Beanie Bhaag, a Netflix series starring Swara Bhaskar. The funds from these workshops go towards COVID-19 relief funds.

“I wanted the fundraiser to give people a chance to virtually interact and socialise with others. They would not only be able to contribute through it but also gain skills that they would otherwise not have the chance to pay attention to,” says Nisha.

Onboard were writer Varun Grover (Masaan, Sacred Games), director Saurabh Khanna (Kota Factory), and film industry veterans such as casting director Tess Joseph, and acting coaches Bert Van Djik and Miranda Harcourt. In a session that saw the most number of participants so far (over 270), the trio shared practices to be imbibed particularly on audition day — on this virtual quasi ‘audition day’, the amateur actors were sent monologues to prepare.

“The theme for the workshops is Art — any type of art,” emphasises Nisha, adding that the idea is for the host to introduce students to their world, post which they can have Q&A sessions and give feedback to pitches.

And then comes the question of what to do with the feedback you have received. In his session, creative producer with Zee Studios, Vinit Masram explained how and when to take the call of pushing back to changes.

The first workshop in the series was held by comedian Abish Mathew. “The Q&A section is the most informative part of the session,” he believes. Among other things, he was asked to explain the difference between writing a joke, and writing for a comedy show.

“Writing is not your most important skill, editing is,” he informed his students. “The head writer looks at the jokes given to him and thinks about their political correctness, whether the host will be able to do it, how the producers look at it, artist management, creative director, technical director… A joke touches around 150 people before it reaches the audience; it has to be broad enough. In this way, you’ll be able to get a more wholesome understanding of how a show looks at a joke, as opposed to just writing one.”

Abish is looking to host another workshop soon, as are fellow comedians Kannan Gill and Ashish Shakya.

Visit @nisha.artforoxygen on Instagram to register for the workshops, priced at ₹499.