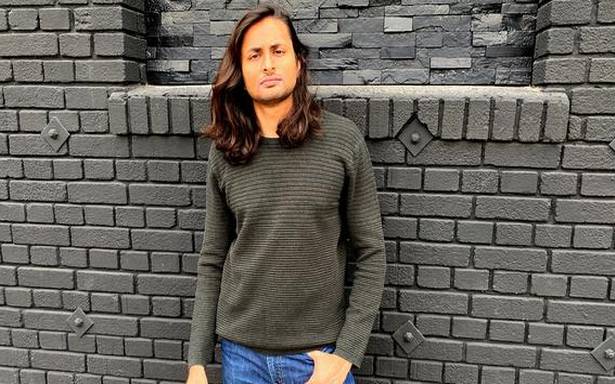 “I did not expect the song to get as much recognition and be as popular,” says an elated Saahil Bhargava after the news broke that his video Kohima was nominated in two key categories – animation and music video – at the prestigious LA Shorts International Film Festival. Saahil finds himself in the stellar company of Paul McCartney and Yo-Yo Ma whose ‘When Winter Comes’ and ‘See Me’ respectively are part of the nominations. “They are legends, and to be nominated alongside them is an incredible feeling. You feel that you have come a long way and believe that you belong here,” adds Saahil.

Connecting with us through email from Los Angeles, Saahil mentions that his team believed in their project and had hoped that it would be appreciated. “The fact that it got such a positive response is amazing,” he adds.

Saahil collaborated with Big Bang Music and co-directed the music video with Harmeet Rahal. Kohima addresses the emotional state of mind of a combat soldier and is set during the World War II battle in the Northeast of India

Though the song did not refer to any specific soldier, Saahil banked on interviews and sourced soldiers’ experiences from World War Iand II. “I delved into my thoughts on how I would feel if I were to face the same circumstances and situations,” says Saahil.

The Battle of Kohima was crucial in World War II but is seemingly overlooked. Saahil describes it as a horrifying and brutal conflict, as local Naga and Northeast Indian soldiers fought against the Japanese invasion. “I wanted to focus on this battle as I felt it deserves to be spoken about more. Add to that, it was also a perfect fit for the theme of dread and desperation that I managed to explore through this soldier’s eyes.”

Saahil worked with producers like Keshav Dhar (of Skyharbor) on the production side in getting the vocals right and with Harmeet Rahal, on bringing the visual side of the song to life.

Kohima is gaining a listener base among gamer buffs as the backdrop of the song and music is inspired by anime opening theme songs. “It resonates with them as there is a sense of familiarity which is right up their alley. I am excited by their reaction and hope my songs in the future are received the same way,” says Saahil whose previous song ‘Mama’ is inspired by the anime The Promised Neverland.

Saahil’s songs are always story-driven and he hopes to write an entire concept album with all the songs connected by one story sometime in future. A classical and jazz pianist, a rock guitarist and bassist, and an occasional alto saxophone player, Saahil’s music is genre-neutral. “I am interested in telling stories through my music and look to foray and experiment with new and unexplored genres in the future. In my upcoming EP, the opening song feels more like a film score than rock music, which hopefully shows another side of me as a composer.”