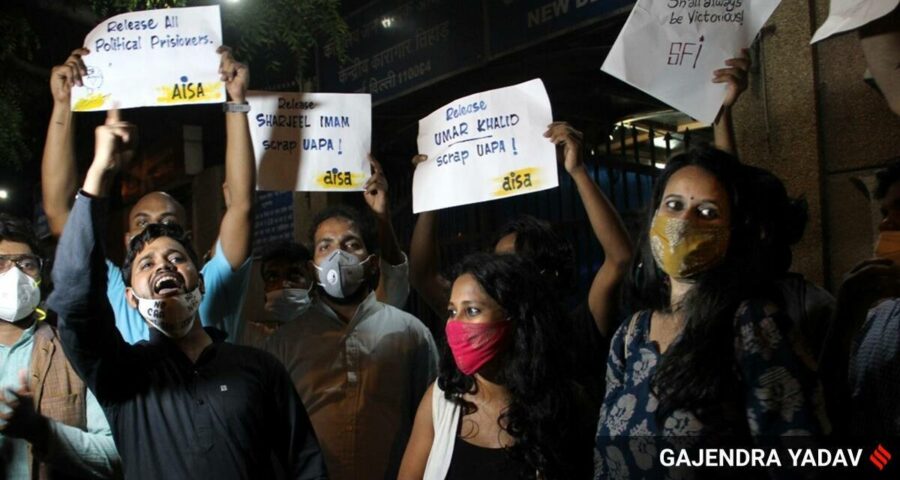 The court passed the order in a petition filed by Jamia Millia Islamia student Asif Iqbal Tanha last year against the alleged leak of his “confession statement” by police to the media. The Delhi High Court Tuesday granted two weeks to the Delhi Police for completion of inquiry into the alleged leak of a riot accused’s purported confessional statement and supplementary chargesheet. The court had in March asked police to find who is behind the leak to the media.

Justice Mukta Gupta ordered police to send the file containing the report to court before the next date of hearing, August 5. “How much more time will the inquiry be underway,” asked the court.

Advocate Rajat Nair, representing the police, earlier told the court that the inquiry was underway and the report will be submitted before the court within two weeks. “Because notices were issued to all concerned and their response was sought but in the meanwhile lockdown happened… therefore I am only requesting two weeks’ time,” Nair said.

However, the court said the police is one such institution which keeps moving and is not on leave during the lockdown.

The court passed the order in a petition filed by Jamia Millia Islamia student Asif Iqbal Tanha last year against the alleged leak of his “confession statement” by police to the media. On March 5, the court was also told that the supplementary chargesheet filed before the trial court on February 25 had been leaked to the media even before its cognizance was taken by the court.

The Delhi Police, in a reply earlier, has denied to have leaked the statement to the media and in its vigilance inquiry called the allegation “unsubstantiated”. Zee News is one of the main media organisations facing allegations in the case. The court had on March 1 observed that the allegation could be called “unsubstantiated” only if it had not happened. “The question now is who has done it,” it had observed.

Tanha in his petition filed last year has argued that the timing of the “leak” of the purported statement to the media and “publication of this false information purportedly from the police files, at a time when bail application of the petitioner is pending consideration before the trial court, creates a reasonable apprehension that the process of justice is being attempted to be subverted”. The “statement” is inadmissible in law, his counsel Siddharth Aggarwal has argued before the court, adding that Tanha was pronounced guilty even before the beginning of trial in the case.