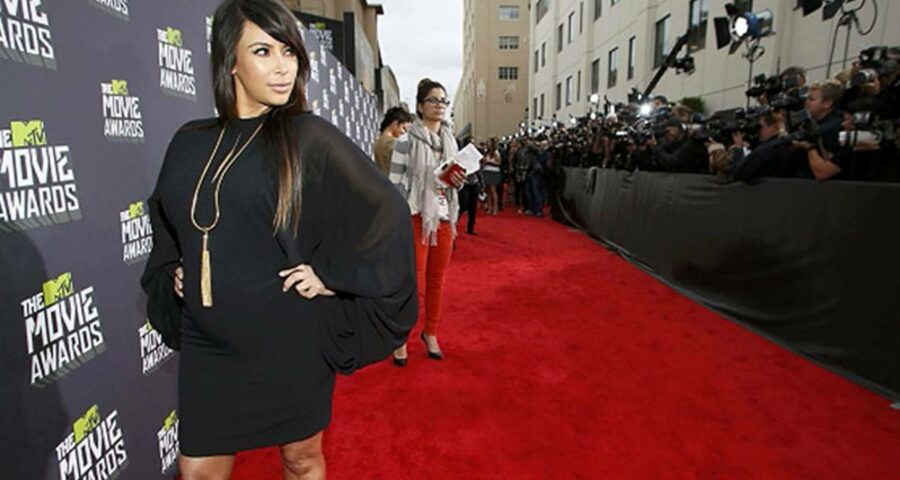 Kim Kardashian has had a rough year so far, with her divorce with husband, rapper Kanye West, making news. The couple shares four children together, and has decided to split amicably, after being together for several years. Read the entire timeline of their relationship here.

Recently, in a now-unavailable Instagram story, the Keeping Up With The Kardashians star and entrepreneur wrote that the body shaming she experienced during her first pregnancy deeply affected her.

In a lengthy post, as mentioned in a People report, Kim wrote that when she was pregnant with her daughter North — who is seven years old now — the jokes that people made on her figure were “very traumatizing and it can really break even the strongest person”.

“No matter how public someone’s life may seem, no one deserves to be treated with such cruelty or judgement for entertainment,” she shared. “I gained 60 lbs and delivered almost 6 weeks early and I cried every single day over what was happening to my body mainly from the pressures of being constantly compared to what society considered a healthy pregnant person should look like…”

The reality TV star also stated that because of the preeclampsia she experienced during her first pregnancy, her body would “swell uncontrollably”.

She also wrote that she felt “so insecure” and had “this fear of wondering if I would ever get my pre baby body back”. It became so difficult for her that she “couldn’t leave the house for months after”. “It really broke me,” she wrote.

“Luckily I was able to take these frustrating, embarrassing feelings and channel it into motivation to get me where I am today, but to say this didn’t take a toll on me mentally would be a lie,” Kardashian said.

“I’m sharing this just to say I really hope everyone involved in the business of shaming and bullying someone to the point of breaking them down might reconsider and instead try to show some understanding and compassion,” she added.

Kim Kardashian is not the only celebrity who has addressed this issue. Recently, actor Blake Lively had also opened up on Instagram, stating that how post delivering her third kid, she was made to feel extremely insecure about her body, especially since some clothes did not fit her.

What is your opinion on this?