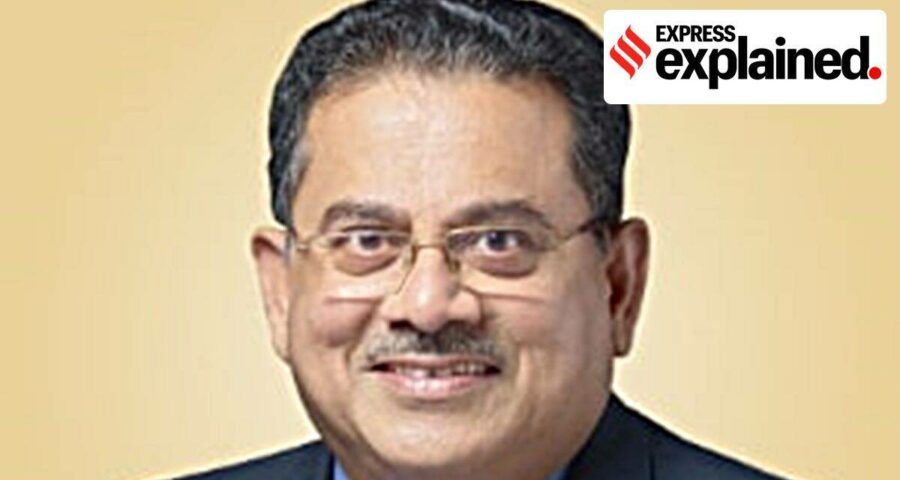 MG George Muthoot is widely credited with making Muthoot Finance Ltd, the flagship of the group, the pan-India financial powerhouse it is today, with a market capitalisation of over Rs 51,000 crore and a total income of Rs 8,722 crore. MG George Muthoot, chairman of Muthoot Group, India’s largest gold finance company, passed away at the age of 72 in New Delhi on Friday. According to the police, Muthoot lost balance and fell to his death from the fourth floor of his home in Delhi’s East of Kailash.

“We received information at Amar Colony police station on Friday night at 9.21 pm that George, aged 72, fell from the fourth floor of his house,” R P Meena, DCP (Southeast), said. He was immediately rushed to Fortis Escorts Hospital, where he was declared dead.

Muthoot is widely credited with making Muthoot Finance Ltd, the flagship of the group, the pan-India financial powerhouse it is today, with a market capitalisation of over Rs 51,000 crore and a total income of Rs 8,722 crore.

Who is George Muthoot?

Born in Kozhencherry in the present-day Pathanamthitta district of Kerala in 1949, Mathai George George Muthoot is the grandson of Muthoot Ninan Mathai, the founder of the group, and the son of M George Muthoot, who started the finance business.

Soon after graduating from the Manipal Institute of Technology with a degree in mechanical engineering, he joined the family business as an office assistant and became its managing director in 1979. In 1993, he took over as the chairman of the group.

In the early 1980s, the family broke up and the business empire was divided between the cousins, resulting in the creation of Muthoot Pappachan Group, which rivals Muthoot Finance in Kerala today.

It was under George’s leadership that Muthoot Finance expanded out of its headquarters in Kochi, Kerala and rose to become the country’s largest gold loan company, with over 5,550 branches across India and $1.3 billion (2020) in annual revenue. The company had a loan book of close to Rs 56,000 crore in the December 2020 quarter, according to PTI.

In 2020, George Muthoot was declared the 26th richest Indian and the richest Malayalee in India by Forbes Asia Magazine.

He was also a trustee of Kerala’s powerful Malankara Orthodox Church. He is survived by his wife Sara and their two sons George M George and Alexander M George.

His youngest son, Paul M George, was killed in a road rage incident in 2009. Paul, who was 32 at the time, was the executive director of the NBFC and was travelling on Kerala’s Alappuzha-Changanassery road on the night of August 22, 2009, accompanied by two men.

“M G George Muthoot’s sudden and unexpected demise will be an irreparable loss to the Company, employees, all stakeholders, family, and friends. All directors and employees of the Company convey deep sympathy, sorrow and condolences to his family,” Muthoot Finance said in a regulatory filing on Saturday, without specifying the cause of his death.

What is known about his death?

Police said no foul play is suspected so far. An inquiry is being conducted in the matter and statements of his family and witnesses have been recorded. CCTVs near the house are also being checked.

According to some police sources, George was alone when the incident took place and CCTV footage shows him standing on the fourth floor.