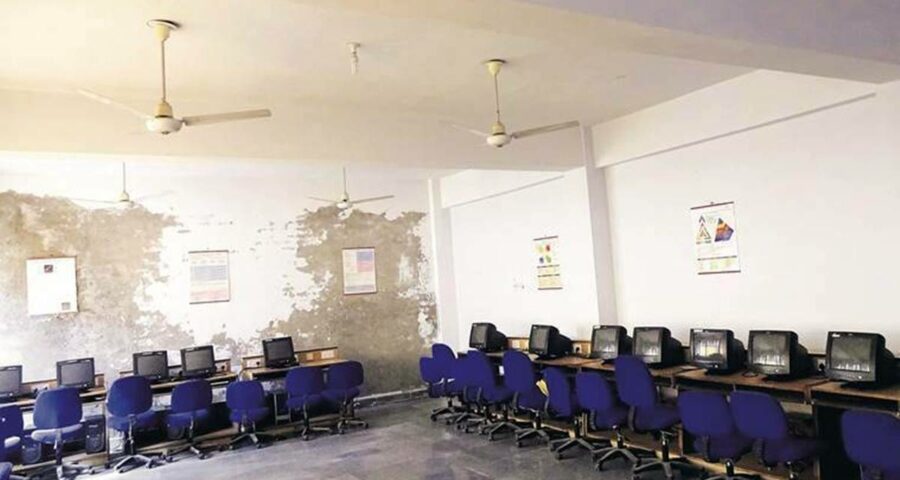 The latest data from the All India Council for Technical Education (AICTE) show that engineering seats at the undergraduate, postgraduate and diploma levels have declined to 23.28 lakh — the lowest in at least 10 years. With a steady stream of engineering colleges applying for closure since 2015-16 and a significant reduction in capacity across others, the total number of seats in engineering institutes in India has hit the lowest in a decade.

The latest data from the All India Council for Technical Education (AICTE) show that engineering seats at the undergraduate, postgraduate and diploma levels have declined to 23.28 lakh — the lowest in at least 10 years. The reduction in seats this year, on account of institute closure and decreased admission capacity, is pegged at 1.46 lakh.

Despite the significant drop, engineering still accounts for 80 per cent of the total seats in the technical education space (also made up of architecture, management, hotel management and pharmacy, among others) in the country.

At its peak, in 2014-15, engineering education had almost 32 lakh seats across all AICTE-approved institutions. The drop is being attributed to the consolidation that started seven years ago, with reduced demand forcing colleges to shut down. Since then, roughly 400 engineering schools have wound up operations. Except for last year, which is when Covid-induced disruption was first witnessed, at least 50 engineering institutes have closed every year since 2015-16. This year, 63 have got AICTE’s nod for closure. The technical education regulator’s approval for setting up new engineering institutes is at a five-year low. In 2019, AICTE announced a two-year moratorium on new institutions starting 2020-21. This was done on the recommendation of a government committee headed by IIT-Hyderabad chairman BVR Mohan Reddy.

At their peak, in 2014-15, AICTE-approved institutions had almost 32 lakh engineering seats. Since then, lack of demand has forced around 400 engineering schools shut. Still, they account for 80% of seats in the technical space (including architecture, management, etc).

For the academic year 2021-22, AICTE has approved 54 new institutes. Chairman Anil Sahasrabudhe told The Indian Express that these approvals are for establishing engineering colleges in backward districts, requests that were already in the pipeline, and in the case of state governments wanting to start a new institute. In the three years before the moratorium kicked in, the regulator has approved 143, 158, and 153 new institutes in 2017-18, 2018-19, and 2019-20, respectively.

In December 2017, The Indian Express had published the findings of its three-month-long investigation, ‘Devalued Degree’, which found there were no takers for 51 per cent of 15.5 lakh undergraduate seats in 3,291 engineering colleges in 2016-17.

The investigation found glaring gaps in regulation, including alleged corruption; a vicious circle of poor infrastructure, labs and faculty; non-existent linkages with industry; and the absence of a technical ecosystem to nurture the classroom. All this, it found, accounted for low employability of graduates.

A few weeks later, AICTE announced its decision to reduce intake in courses with poor admissions by half, starting academic year 2018-19. In 2019, it announced a two-year moratorium on new institutes.