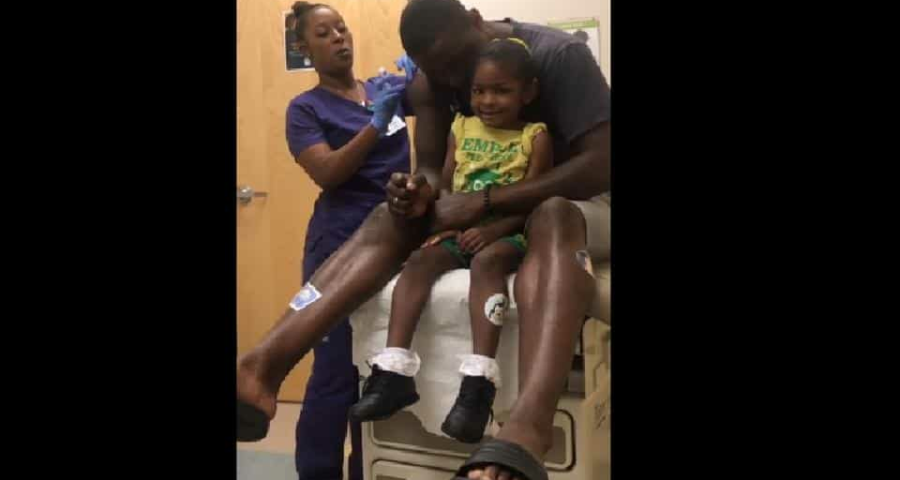 The Internet is a treasure trove when it comes to adorable and wholesome videos featuring father-daughter duos. This Reddit video featuring a dad and his little daughter is a precious addition to that category. Shared on the subreddit ‘MadeMeSmile’, the video may make you smile and leave a warm fuzzy feeling in your heart.

The clip starts with a nurse pretending to give the man an injection. The man squirms a little in a fake manner as the nurse then proceeds to vaccinate the toddler. The little one gets the shot with a brave face while being nestled in her father’s lap.

“Dad gets (pretend) vaccinated first so daughter is less scared,” reads the caption shared alongside the video.

Take a look at the video:

Shared on January 3, the clip has garnered over 71,900 upvotes along with numerous comments from netizens. While some couldn’t stop appreciating the father, others were left gushing at the adorable video. Many also expressed their liking for the video with heart emojis.

“My favorite part about this is him saying “that hurt a little bit, didn’t it?” instead of pretending it didn’t. You can be brave and still feel pain!” wrote a Reddit user. “Courage is not being fearless. Courage is facing fear,” commented another.

“We need more parents like this in the world,” said a third. “This is so wholesome. This dad is love,” expressed a fourth.

What do you think of this wholesome video?