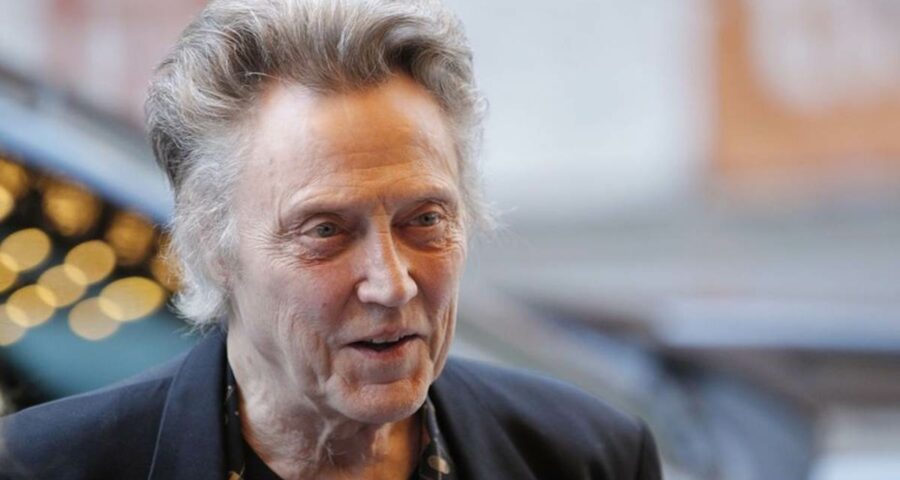 In the show, Walken’s character Frank is ordered to perform community service. He and several other characters don high-visibility vests as they clean up graffiti from a wall on the side of a building in Bristol With a few swipes of a paint roller, actor Christopher Walken wiped away a real Banksy painting from the side of a building in England on an episode of BBC’s “The Outlaws” that aired Wednesday night.

Although Banksy’s work has fetched millions of dollars at auction, Walken unceremoniously painted over the artwork on the comedy-drama series, which is set in Banksy’s hometown, Bristol.

A spokesperson from Big Talk Productions, the show’s production company, confirmed that the artwork was “an original Banksy” and that Walken painted over it during filming, “ultimately destroying it.”

The production company offered no more details, and a representative for Banksy did not respond to a request for comment.

Banksy, a street artist and one of the world’s most expensive artists, has rigidly maintained his anonymity. He has often manipulated the news media with stunts, notably in 2018 when a painting self-destructed moments after it was sold for $1.4 million at auction. That painting, retitled “Love Is in the Bin,” was recently resold by Sotheby’s in London for $25.4 million, a record for the artist.

In the BBC show, directed by and starring comedian Stephen Merchant, Walken’s character, Frank, is ordered to perform community service. He and several other characters don high-visibility vests as they clean up graffiti from a wall on the side of a building in Bristol.

Walken’s character, fulfilling his duties, knocks over a board leaning against the wall, revealing a painted black-and-white rat and two canisters, recognizable in Banksy’s style even if the word “BANKSY” weren’t spray-painted on the wall in orange.

“Look at this rat I found,” he says to his supervisor, played by Jessica Gunning, who, thoroughly uninterested, spends her supervision reading with her back turned to the wall.

After he explains it was a graffiti rat, not a real one, she responds: “Council said paint over any graffiti, so crack on.”

Walken shrugs, and then the camera zooms tightly on the artwork as he covers it entirely with six strokes.

The BBC did not immediately put a clip of the scene on YouTube, but it made the episode available to watch on its iPlayer service for those in Britain.