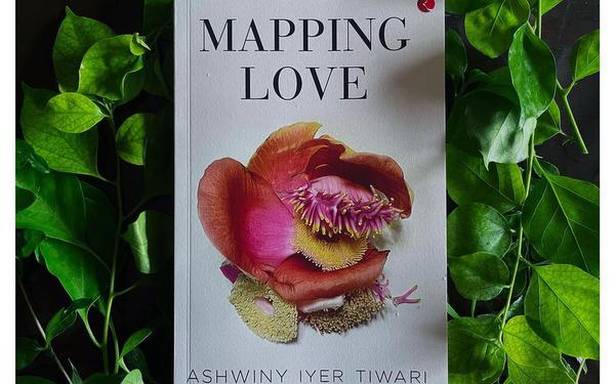 The fiction book was initially set to be unveiled on May 21 but the author had pushed the launch to a later date.

Filmmaker Ashwiny Iyer Tiwari on Thursday announced that her debut novel Mapping Love will hit the bookstores on August 1.

The fiction book was initially set to be unveiled on May 21 but the Iyer Tiwari had pushed the launch to a later date, owing to the second wave of the coronavirus pandemic.

The 41-year-old director, known for critically-acclaimed films like Nil Battey Sannata, Bareilly Ki Barfi and Panga, said she thoroughly enjoyed the process of writing her novel.

(Stay up to date on new book releases, reviews, and more with The Hindu On Books newsletter. Subscribe here.)

“I am filled with unexplained emotions of stillness and nervousness, I discovered that I enjoyed the process of writing in solitude ever since I embarked upon this journey of writing my first ever novel,” Iyer Tiwari said in a statement.

“Until now, this story was just mine, but now the time has come to share it with the world. I’ve written it with all my heart putting each word to paper visualising a world. I can’t wait to see how my audience and readers react to Mapping Love,” she added.

The book will be published by Rupa Publications.

On the work front, Iyer Tiwari is set to make her debut in the digital space with SonyLIV’s original series Faadu, an intense poetic love-story between two different-thinking characters.

The filmmaker is also working on a biographical drama film about the life story of Infosys founder Narayana Murthy and his wife Sudha Murthy.