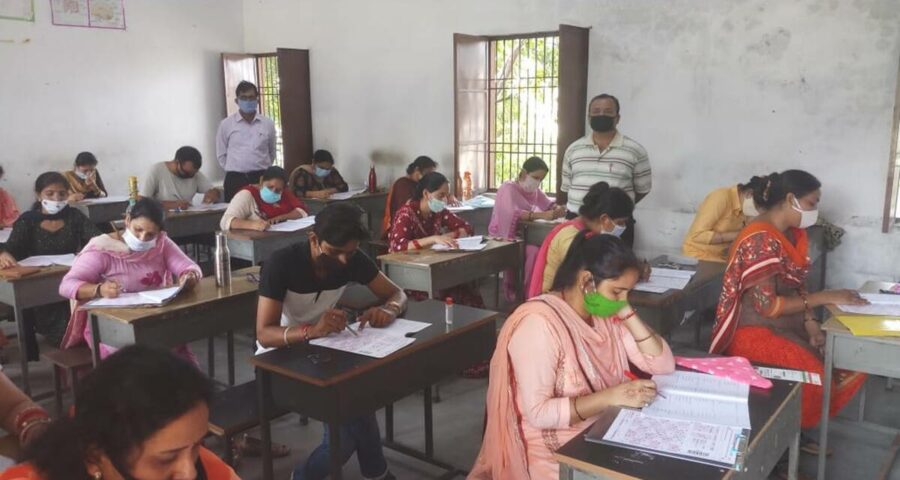 Based on past-year records, results can be speculated to release by the fourth week of December 2021 or the first week of January 2022. The Andhra University, Visakhapatnam, recently released the APSET 2021 answer key on the official website apset.net.in. The Andhra Pradesh State Eligibility Test (APSET) 2021 was conducted in pen-and-paper format on October 31, 2021. Those who appeared for the exam can check the answer key to calculate their tentative score.

By doing so, they can determine their chances of clearing the eligibility exam and pursuing a teaching career in the state. Authorities have uploaded separate answer keys for each series in Paper I along with subject-specific keys for Paper-II. This makes it simpler for candidates to determine their respective exam scores.

With the answer key out, candidates are now wondering about the APSET 2021 result. So far, no tentative or exact date for the result declaration has been announced. An overview of the previous years’ trends can be used to determine the expected date for this year.

In 2020, the APSET examination was conducted on December 20 and two days later, the answer key was released on the official portal. Results were announced two months later — on February 22, 2021. Based on this sequence of events, results are likely to be announced in the fourth week of December 2021. The date may extend and fall into the first week of January 2022.

A similar instance happened the year before when the APSET 2019 examination was conducted on October 20, 2019. Results for the same were announced exactly two months later, on December 20, 2019. This again supports the assumption of APSET 2021 results being announced in the last week of December if not on December 31, 2021.

In the case of APSET 2018, the scene is slightly different. The state eligibility test was conducted on July 01, 2018. Results for the same were announced on August 19, 2018. Using this timeline as a reference, candidates can expect the results to come out on November 18 or 19, 2021.

Candidates must note that these are just assumptions made after referring to the past-year records. However, two points of certainty are, one, APSET 2021 results will be announced this year itself, and, two, results will be published on the official website — apset.net.in. It is advisable to preserve the APSET admit card as the details mentioned in it would be necessary to access the results when released.

While awaiting their test results, candidates can spend this time calculating their tentative marks and comparing with previous years’ APSET cut-offs. They are also advised to visit the official website frequently for any updates about the result.