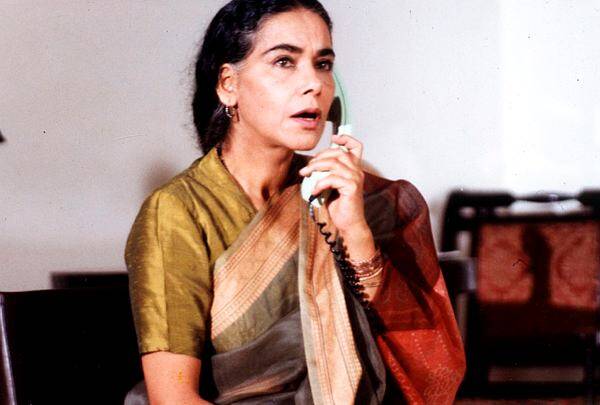 Surekha Sikri, who passed away at the age of 75, was a veteran of Hindi theatre Veteran actor Surekha Sikri passed away at 75 on July 16 due to a cardiac arrest. Her death was condoled by many members of the film industry. Meanwhile, her alma mater National School of Drama (NSD) took to Twitter to grieve her demise.

Sikri graduated from NSD in 1971. Later she worked with the NSD Repertory Company for more than a decade before she finally moved to Mumbai.

Recalling the brilliant theatre performances by the late actor, Anupam Kher expressed condolences on social media, calling his “senior” in NSD, the “queen of theatre in Delhi”. Watching her perform in the play #LookBackInAnger was an experience I will never forget,” he wrote.

Gulshan Grover also recalled how he got the opportunity to work with Sikri during his “theatre days”. “RIP Surekha ji #SurekhaSikri! Had the great fortune of working and learning from you so much in my theatre days and then watching your superb performances!” he tweeted.

Manoj Bajpayee tweeted, “One of the greatest talent Surekha Sikari ji passed away leaving behind so many great performances in theatre and cinema!! She was a treat to watch on stage. Can’t forget some of those memories of her act in theatre. Great craft and a graceful person!! RIP”.

Some of the popular theatre productions Sikri performed in include Sandhya Chhaya, Tughlaq and Adhe Adhure. ‘