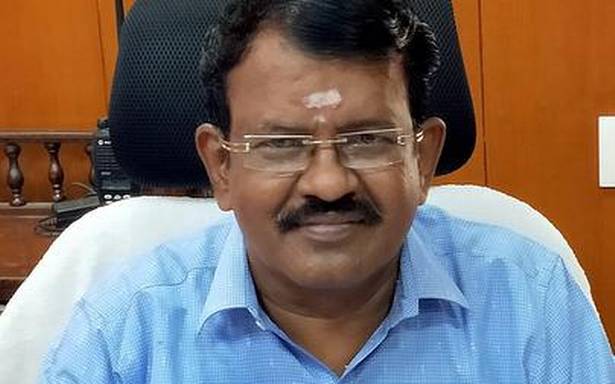 Prior to the new posting, Mr Sivasubramanian was Commissioner, Tiruchi Corporation. He held discussions with the officials from various departments in the Corporation.

Speaking to reporters, he said that distribution of drinking water would be accorded top priority to the residents in the city limits. “The issues in the water sourcing point will be looked into threadbare,” he assured.

Currently, there were eight decentralised solid waste managements functioning in the city and 24 more would be added to it. By doing so, the city would have an efficient management in solid waste disposal.

The city, which has been growing at a rapid pace, would require focus on building infrastructure. Soon, proposals would be taken up with the government and necessary approvals would be obtained, the Commissioner replied and said that to fight COVID-19 pandemic, the Corporation would seek the support of all the stakeholders.

The Commissioner said that wherever required, service organisations and NGOs would be roped in to keep the city clean and green.