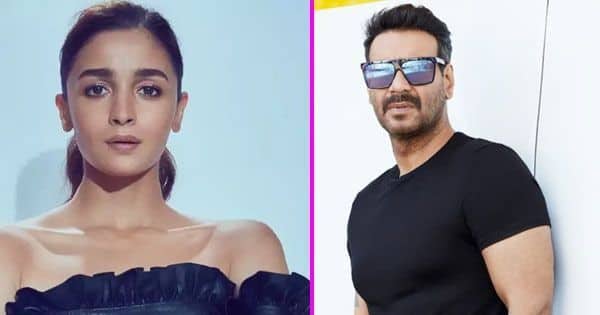 Ajay Devgn and Alia Bhatt are all set to share screen together in SS Rajamouli’s magnum opus RRR which stars Ram Charan and Jr NTR in the lead. And it is being reported that Ajay has been roped in for Sanjay Leela Bhansali’s Gangubai Kathiawadi, a film reportedly revolving around the life of a brothel owner and matriarch. Alia is playing the lead in the film and if the reports are to be believed, Ajay will shoot for Gangubai at Filmcity and also some outdoor locations once he wraps up his acting-directorial venture, MayDay co-starring Amitabh Bachchan. But did you know that Ajay and Alia almost got cast in a film together a couple of years back?

According to our sources, director Luv Ranjan was planning to bring Ranbir and Alia together in his ambitious film which also supposed to have Ajay in the lead. In fact, it was Ranbir who had recommended Alia’s name for the role. Discussions had started and other finer details were being worked upon. However, the film didn’t roll due to various reasons.

Talking about Ajay’s character of gangster Karim Lala, a source told Bollywood Hungama, “He comes to the rescue of Gangubai and then, plays a big role in making her the brothel chief of Mumbai. When no one stood by Gangubai, it was Karim Lala who backed her and put her in the position of power. It’s a strong character, and the film would be incomplete without Ajay’s presence. There is a reason why he is cast for the role, as no one but him could have pulled it off.”

Meanwhile, Alia is gearing up for Rajamouli’s much-anticipated lavish period drama is set to be based on the lives of two legendary freedom fighters Alluri Seetharama Raju and Komaram Bheem. The multi-lingual movie is said to be made on the rumoured budget of Rs 450 crore.