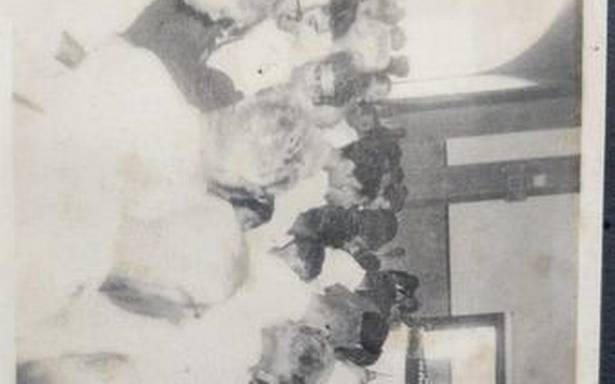 Rosamma Chacko received a rare photograph of her father’s wedding invitation, from 1944, on her WhatsApp late last year.

The 62-year-old retired counsellor who lives with her husband, a doctor at Vazhoor in Kottayam district, was delighted by the sudden resurgence of a nugget from the past.

The printed invite, an inland letter with two stamps of the Kingdom of Travancore (Thiruvithamkoor: 1729-1949), might be of high value for a philatelist, but for Rosamma, it was “pure delight”. “How can I express my joy? I am very excited that a rare piece of my family history is preserved. Though I don’t have the physical copy, the knowledge that it is safe with a [stamp] collector is very satisfying,” she says.

Rosamma got the information and evidence of its existence from her first cousin, KT Thomas, a retired engineer who in turn learned of the invite from his friend Mathew, a philately club member. “That is how I was informed about it,” says Thomas talking about the large and well-known Karippaparambil family of Kanjirappally, to which Rosamma’s father, KT Joseph belonged.

The invite’s present owner, MR Ramesh Kumar, Senior Scientist with CSIR(Council of Science and Industrial Research), bought it at an auction in Thrissur from a senior philatelist OK Prakash.

Says Ramesh, “I purchased it to add to my Travancore Postal History Collection, because this is a rare correspondence where a wedding invitation, in those days, was sent by post. It is printed on an envelope, which itself is rare. Besides that, correspondence by mail was possible only by a section of society back then.”

“An important aspect derived from the letter is of the history of printing in Travancore. The use of stamp and cancellation is interesting from the point of a stamp collector,” says Prakash adding that most letters of that period were in Malayalam and this one was in English. “That was not common.”

A gateway to the past

The stamp featured infrastructure projects such as the Marthanda Varma Bridge of Aluva, built in 1940 and the Aruvikkara Dam over the Karamana river, Thiruvananthapuram.

J Davasia, the receiver of the letter was a famous philatelist of the time.

“That is the only reason why the letter has survived. It is because Devasaya was a well-known philatelist and a renowned advocate. He has authored many articles and books on the subject and was a member of American Philately Society. Because of his fame in this field he used to receive many letters from around the world,” says Prakash who sourced it from Sathi Chandra Menon, a Thrissur-based postal history buff. Rosamma’s husband P M Chacko guesses the relationship between Davasia and the family. “He was perhaps my father in law’s classmate or one who played an active role in activities of our church.”

“The marriage was held at the St Dominic’s Cathedral and the reception was at the family house at Kunnumbhagom, Kanjirappally. The wedding was attended by freedom fighter Accamma Cherian, and many renowned members of the family,” says Rosamma, adding that her father graduated from St Joseph’s College in Tiruchi. Dr Eapen Thomas, who has collated histories of prominent families of Central Kerala, says that St Mary’s Church or Akkarapally was the original church in Kanjirappally. The first mass offered there was on September 8, 1449. St Dominic’s Cathedral was built in 1826 and renovated in 1940s. The two churches are located close to each other.

“This wedding invite has made us relive the past, my childhood and everything after that,” says Rosamma with a laugh.