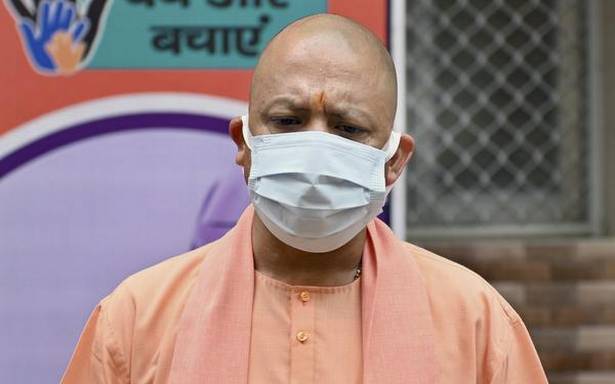 Cases rose suddenly in the last five days and 90% of the affected are children, says official

After around 40 persons, mostly children, succumbed to dengue and another mysterious viral disease in Firozabad, Chief Minister Yogi Aditynath visited the city on the way to Mathura where he participated in Krishna Janmashtami celebrations.

“Till now 32 children and 7 adults have died,” the CM told reporters before directing officials to ensure treatment of every patient at the government hospital. He said the reason of the deaths will be probed by a team of doctors from Lucknow’s King George Medical College. He warned the officials against laxity of any kind and directed them to arrange more ambulances to fetch patients from rural areas. Mr. Adityanath also visited the Sudama Nagar area of the city from where most of the cases were reported.

Earlier, local BJP MLA Manish Asija held the Health Department and city’s civic body responsible for the spread of the vector-borne disease. Local reports suggest the number of the deceased could be higher and even the private medical infrastructure is facing pressure.

Dr. Sangeeta Aneja, principal and dean of the Autonomous State Medical Hospital, said around 200 children were being treated at the government hospital. She said all the admitted patients were tested for COVID-19 and their reports turned out to be negative.

“The cases rose suddenly in the last five days and 90% of the affected are children. Many of them have tested positive for dengue but there are others who have shown a drop in platelets but have not tested for the viral disease spread by Aedes mosquito,” she told The Hindu.

“The temperature goes up to 102 degrees and takes three to four days to subside. As we were taken by surprise, the primary focus is on saving lives by arranging blood platelets. Now that the surveillance team from Lucknow is here, we will get to know the specific reason. They have collected blood samples. It seems there is one another viral infection,” she said, adding the CM has promised more staff. Dr. Aneja said similar cases were being reported from the neighbouring Agra and Mathura.

The district administration has decided to shut down classes from 1st to 8th standard for a week.