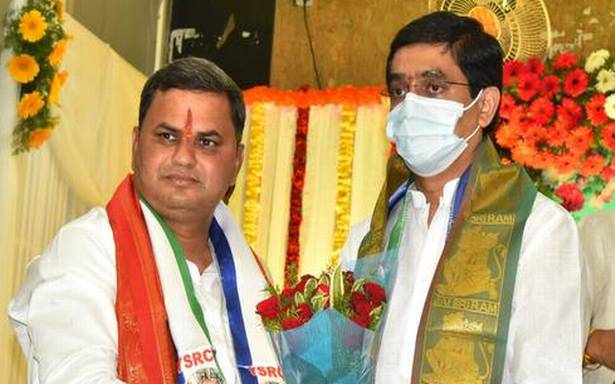 Mr. Papireddy is the son of Yerrabothula Venkata Reddy, who was also selected as the ZPTC chairman but died before the voting took place. In his place, Sanjamala ZPTC Malikireddy Venkata Subba Reddy was elected as the ZP Chairman, but his term was also short-lived. Soon after Mr. Paireddy got elected unanimously from Kolimigundla in the bye-elections recently, Mr. Subba Reddy put in his papers.

The presiding officer and District Collector P. Koteswara Rao declared Mr. Papireddy elected and gave him the certificate and administered to him the oath of office.