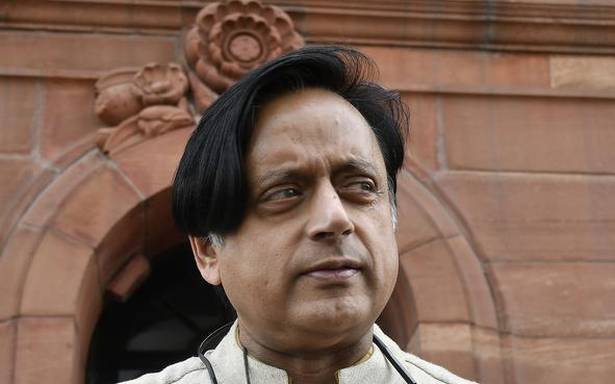 Political yatras by Congress leaders in Assam and Kerala are not just about connecting with voters but also an exercise in seeking feedback to prepare “people friendly” manifestos.

“The Assam Bachaok [Save Assam] yatra is an opportunity not just to connect with the people but also understand the problems they face. For example, I was in Sadia in Upper Assam recently and learnt that potatoes grown here go waste because of lack of cold storage facility. These are important inputs for us,” Leader of the Opposition (LoP) in Assembly Debabrata Saikia told The Hindu on Sunday.

“An excellent interactive consultation from 8.30 this morning at the residence of Opposition leader @chennithala, where some 50-60 eminent Thiruvananthapuram personalities from different walks of life offered their comments & suggestions for @INCKerala’s #PeoplesManifesto,” Lok Sabha MP Shashi Tharoor tweeted.

In Kerala, the Congress launched the TalktoTharoor campaign to seek direct feedback from citizens on what they would like their new State government to do on priority.

On January 31, the LoP in the Kerala Assembly, Ramesh Chennithala, embarked on a 23-day Aishwarya Kerala Yatra to cover all the Assembly segments of the State.

The Congress leader has not only used the occasion to target the Left Democratic Front (LDF) government in the State but also make promises that are based on public feedback.

“In front of the huge crowd at #Vamanapuram we once again promise that we will: Implement NYAY [nyuntam aay yojana or minimum income scheme], Law for Sabarimala, No bill hospitals, insurance for all,” Mr. Chennithala told a public gathering on Saturday.

In Assam, that was once a Congress bastion, several top leaders of the Congress including Lok Sabha members Gaurav Gogoi and Pradyut Bordoloi have also hit the campaign circuits under the banner of Assam Bachaok yatras.

Often criticised for not being visible enough on the ground, the yatras are not only meant to raise important issues like Citizenship Amendment Act (CAA), farm laws, price rise but also take the leaders to the grass roots.

“Education and Health Ministries [headed by Himanta Biswa Sarma] are supposed to be best managed among government departments. During my yatra, I learnt that the entire Tinsukia district hardly has three government doctors,” Mr. Saikia said.

“Again, in the Sadia sub-division, the government higher secondary school has a sanctioned strength of 52 teachers but it is functioning with 26 teachers,” he added and explained that he chose to highlight these two departments “only because they are believed to be ideally managed”.