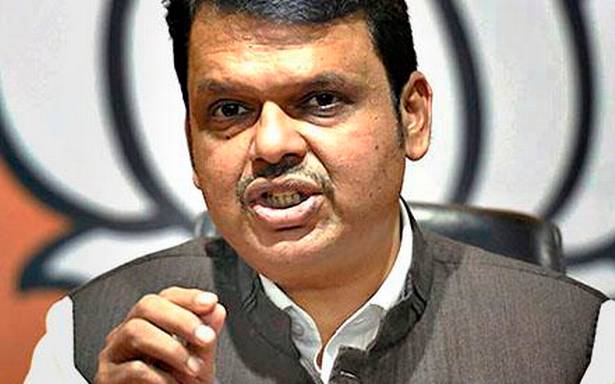 Senior BJP leader Devendra Fadnavis on Saturday said his party will restore reservation for OBCs in local bodies if given power, and if not, he will retire from politics.

Addressing BJP workers during a protest held at Variety Square chowk as part of the party’s ‘chakka jam’ (block the traffic) agitation for the restoration of OBC quota, the Leader of Opposition in the state Assembly alleged the Maha Vikas Aghadi (MVA) government was misleading the people by saying that it will raise this issue in Parliament.

"The fact is that this issue can be resolved at the state level. The state government can restore the reservation by formulating a law. There is no need for any act of the Central government. That is why OBC reservation is prevalent in other states except in Maharashtra. You (MVA) will have to make a law. We will not stop until we expose their lie. This protest is held to condemn this government on the issue," he said.

The Supreme Court had in its March 4 order said that reservation in favour of OBCs in concerned local bodies in Maharashtra cannot exceed aggregate 50% of the total seats reserved for Scheduled Castes, the Scheduled Tribes and OBCs took together.

The apex court, while reading down section 12(2)(c) of the Maharashtra Zilla Parishads and Panchayat Samitis Act 1961, which provided 27 per cent reservation for persons belonging to the backward class, also quashed the notifications issued by the state election commission in 2018 and 2020 providing reservation exceeding 50 per cent in local bodies of some districts.

Mr. Fadnavis, who represents Nagpur South-West seat in the Assembly, said OBCs are being purposely deprived of the political reservation.

"I want to appeal to all the OBC ministers in the MVA government. There is no enmity between us and them. If you are honest towards the cause of the OBCs then regardless of party lines we are ready to stand with you. I want to tell you with full confidence that within the next three to four months we can bring back the OBC reservation. If you give us power…I want to tell you with confidence that if I fail to bring back the political reservation for OBCs, I will retire from politics," the former chief minister said.

Earlier in the day, the Maharashtra unit of the BJP held ‘chakka jam’ protest across the State. The party had earlier announced that it would hold agitation at 1,000 locations across the State.