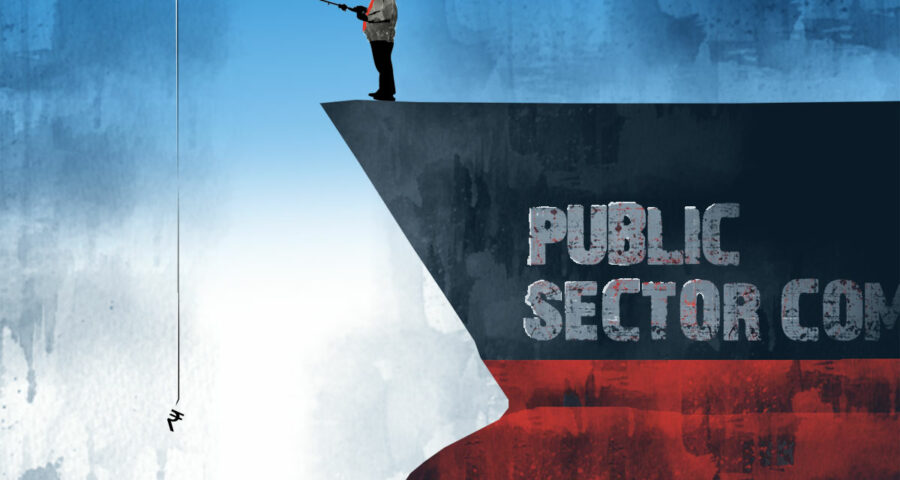 The reasons why these company bosses often functioned as employees rather than owners was that their compensation was not linked to performance. 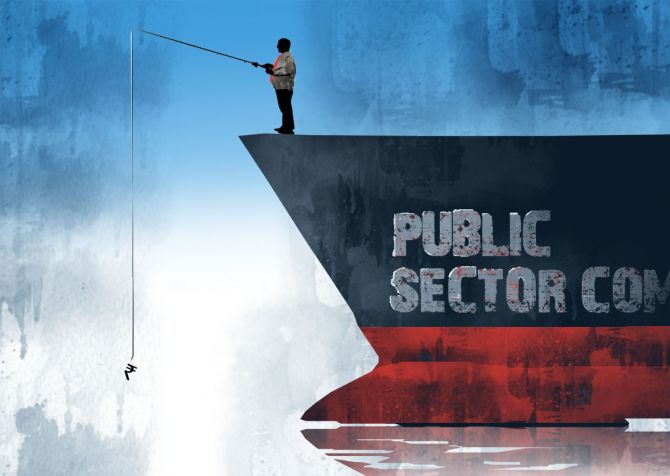 Earlier this year, the Union Cabinet gave the management of state-run companies the freedom to decide on divesting their subsidiaries.

However, the very next day a meeting was held at the top level of the Government of India, for the presentation of proposals for more autonomy for state-run companies.

Interestingly, no chiefs of any of these companies were invited.

It is a problem that will stare the government in the face with the state-owned banks too, as talks have again begun for inviting strategic investments in these companies.

“The tenure of the chief executives and executive directors is too short to make a meaningful impact and give strategic direction to the public sector banks,” he added.

The presentation made by the department of public enterprises (DPE) under the finance ministry on ‘Delegation of Autonomy to and Restructuring the Boards of Ratna and other CPSEs’ to the cabinet secretariat did not cover banks.

But it also skirted this question of a more effective role at the top for the non-financial sector state-owned enterprises.

The proposals were laudable, like more financial space for the big ones to decide on investments, mergers and other operational issues.

But there was no idea on how to make these company bosses have more skin in the game.

Kumar said one of the reasons why the company bosses often functioned as employees rather than owners was that their compensation was not linked to performance.

“Rigidity in compensation structure and lack of performance linked incentives is one of the reasons leading to lackadaisical performance of these banks.”

A proposal to offer significant employee stock option plans (ESOPs) at the management level was made by the Justice Satish Chandra committee in 2017.

The committee was set up by the DPE, but their suggestion to link 10 to 25 per cent of the performance-related pay with ESOPs did not find any takers in the government.

Companies and their ministries often, therefore, take the safe way out. Coal India (CIL), which produces 80 per cent of the coal has had an IAS officer in the corner room for ten out of the past fifteen years, including current chairman Pramod Agarwal.

“In government, there is no clear accountability for losses or the room to ascribe profits to someone’s performance.

It is not that the state-owned companies, in aggregate, pay less wages to their employees compared with the private sector.

The public sector companies are paying more money to their employees, but thanks to the bargaining power of their unionised employees, they pay a very slim share to the top management.

Kumar said, “While the compensation structure is comparable up to middle-level executives (to their private sector peers) there is a huge difference at the top management level even after accounting for all the perquisites.”

So, it is not just that state-owned company leaderships are paid much less than what their smaller competitors are paid but their performance is not linked to rewards.

In their defence, the companies claim they do not have the space to perform since the concerned ministries wish to take all key decisions.

As a result, this will be the third time since March 2021 that India’s flagship upstream oil prospecting company ONGC might run with an interim chairman.

The heat hunter body, Public Enterprises Selection Board has found no strong candidate from within the company, and there are no applicants from the private sector.

“Poor compensation does not attract talent from outside and squabbles among those inside blight the chances of internal candidates”, said a senior government official.

Or take another example.

As India’s largest power generation company NTPC turns also to coal mining, and its board felt the need to rejig reporting roles.

Director (fuels) will get more power to run the coal business cleaving the responsibilities of the director (commercial).

No doubt the central government, as the largest shareholder in the company, will have a say in a board-level rejig.

But the method becomes circuitous.

“The DPE has considered and agreed to the proposal of the ministry of power for redesignation of the post of director (commercial) as director (fuel) in NTPC”, a ministry note says.

Even for a company of the scale of NTPC, the fourth largest by market cap, the proposal has to travel through at least two ministries in the government.

There are 66 public sector enterprises listed on the BSE.

The problem is not new.

About a decade ago, CIL, just after its listing refused to raise the prices of coal it sold despite inflation because the coal ministry was not in favour.

The company’s largest foreign investor, The Children’s Investment Fund, sold off its stake in the company citing the issue.

The share prices of CIL took a long time to recover from there.

There are other costs as well.

The lack of effective freedom to decide on policies and the low tail-to-teeth wage ratio for these companies has hurt returns from their investment.

The same India Ratings data shows the return on capital deployed for the public sector companies was an anaemic 8.9 per cent against 36.6 per cent for the private sector (FY12 to FY21).

Times, of course, are changing.

One of those is the proposal the cabinet cleared to allow greater autonomy to the boards of the holding companies to take decisions to exit from their investment in subsidiaries or joint ventures.

“It will enable them to monetise their investment in such subsidiaries/units/JVs at an opportune time or close their loss-making and inefficient subsidiary/unit/JV at the right time”, a PIB release noted.

It will be interesting to see how many levels of clearances beyond the boards, those decisions need to travel.