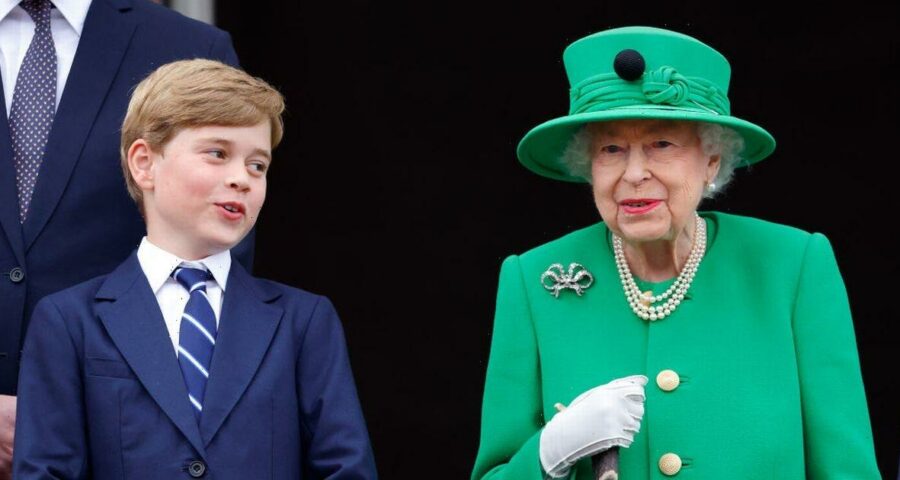 Prince William and Kate Middleton are said to be considering taking their eldest son, nine year old Prince George to the Queen 's funeral on Monday.

Their son is second-in-line to the throne and it is understood that senior palace advisers have told William and Kate that his presence would send a "powerful symbolic message".

According to the Daily Mail, one insider said: "Courtiers are keen for Prince George to be at the funeral in some capacity, if only to reassure the nation of the order of succession."

Another palace source added: "It’s currently under discussion. No decision has been made yet."

William and Kate, both 40, are yet to comment publicly on whether or not their children will attend the late monarch's funeral.

Queen Elizabeth II passed away 'peacefully' at Balmoral in Scotland on Thursday, 8 September.

They have not been seen since their first day of school when their parents accompanied them to their new school.

Prince William and Kate, however, have undertaken many public engagements as they support King Charles III in his new role as Monarch.

Kate paid a touching tribute to the late Queen Elizabeth II as she and husband Prince William joined the Queen Consort, Camilla, and King Charles III to host the governors-general of the Commonwealth at Buckingham Palace.

The Princess of Wales appeared in an all black outfit, wearing a midi, long-sleeved dress with black tights and high heels. Styling her brunette mane down, she completed the look with the late monarch's signature pearl necklace.

On Saturday, King Charles, 73, and Prince William, 40, delighted members of the public who were queuing to see Queen Lying-in-State, with a surprise visit.

The King and his heir warmly greeted people who had been queuing for up to 24 hours to pay their respects to the late Monarch.

King Charles and Prince William shook hands with well-wishers queuing at Albert Embankment near Lambeth Palace and spent time chatting to them.

Many took photographs and pressed against the metal barriers, eager to exchange a word with the King and the heir to the throne.

Prince William said to one person: "It means an awful lot you're here. She [the Queen] would never believe this. You'll make some friends for life [those who have met in crowd]".

He also assured well-wishers that his children, George, Charlotte, and Louis were "ok" following the death of their great grandmother.