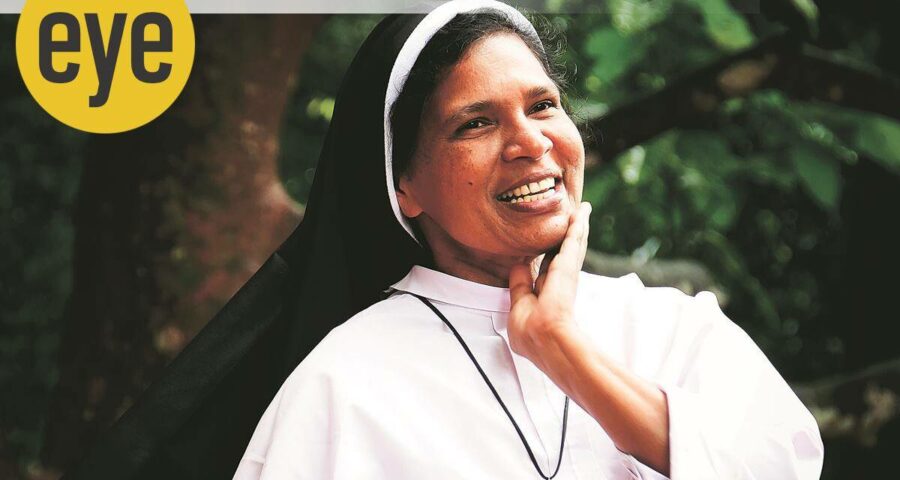 In early September 2018, Kerala was witness to an extraordinary protest by five Catholic nuns against a powerful bishop, Fr Franco Mulakkal, accused of raping a fellow nun. As the five nuns sat at the Vanchi Square in Kochi, a stone’s throw away from the Kerala High Court, demanding the arrest of the accused, 270 km away at a convent in Wayanad district, Sister Lucy Kalappura felt a weight on her chest.

A Mathematics teacher and a member of the Franciscan Clarist Congregation (FCC) under the Syro-Malabar Catholic Church for over three decades, Sr Lucy, 56, was acquainted with tales of oppression of women inside the Church. “It takes a great deal of courage to speak up against a powerful man. When I heard her (survivor’s) account, I knew that she was speaking the truth. I believed her,” says Sr Lucy.

But the attitude of her fellow nuns at the FCC convent was vastly different. As they sat over lunch one day, eyes glued to the scenes of protest on TV, lewd remarks questioning the morality of the survivor flowed across the table. It was clear their sympathies lay with the accused. “I knew then that I had to go to Kochi and extend my solidarity to them,” she says.

A few days later, when she got a long weekend’s leave at the school, Sr Lucy took off in her white Alto for the protest venue. “Only after I climbed the stage at the protest and shook hands with the nuns, did I feel a deep sense of relief,” says Sr Lucy.

But true to her expectations, the Church didn’t take kindly to her action. Aside from participating in the protest, she had given freewheeling interviews to the media questioning the Church leadership’s inaction in the case. By doing so, she had broken the rule of “anusarana” or obedience, one of the three vows that Catholic nuns are duty-bound to observe. Shortly after Sr Lucy returned to her convent in Wayanad, the local diocese hit back by outlawing her from her duties at the parish, including teaching Bible and offering holy communion. The informal decision was later reversed after the locals came together in the nun’s support.

But the Church didn’t back down. It sent show-cause notices to Sr Lucy asking her to explain why she shouldn’t face expulsion. In August 2019, the FCC announced Sr Lucy’s expulsion from the congregation on account of her “failure to give a satisfactory explanation for her lifestyle in violation of the proper law of the FCC.” She filed a case against the expulsion in the civil court, but, while the trial is yet to begin in the munsiff court, in June this year, the Church said the Vatican had rejected the nun’s appeal against her dismissal for the third and final time, virtually shutting all doors for her to get a reprieve. Nearly three years after that protest, Sr Lucy is proof that standing up to a powerful institution such as the Catholic Church and pointing out its foibles is a lonely and exhausting enterprise.

On a recent rainy morning, when I arrived at the Karakkamala FCC convent to interview Sr Lucy, a sign outside the imposing blue building read, “Without the permission of the Mother Superior, no one should enter the convent.” It was installed in a bid to dissuade those coming to meet Sr Lucy, especially journalists. Sr Lucy had instructed me to wait outside on the road. A few minutes later, she appeared, dressed not in her usual white or brown habit, but in a bright yellow-and-black salwar-kameez, an attire she had adopted for non-church activities and one that figured among her 13 “transgressions” mentioned by the Church. “The habit we wear is made of extremely cheap polyester cloth. It gets very hot in it. This is a foreign attire and it has to be modified for the local climate here. Besides, if priests have the liberty to wear shirts and pants outside church, why can’t nuns?” asks Sr Lucy, as she settles down for the conversation on the porch of a house not far from the convent. 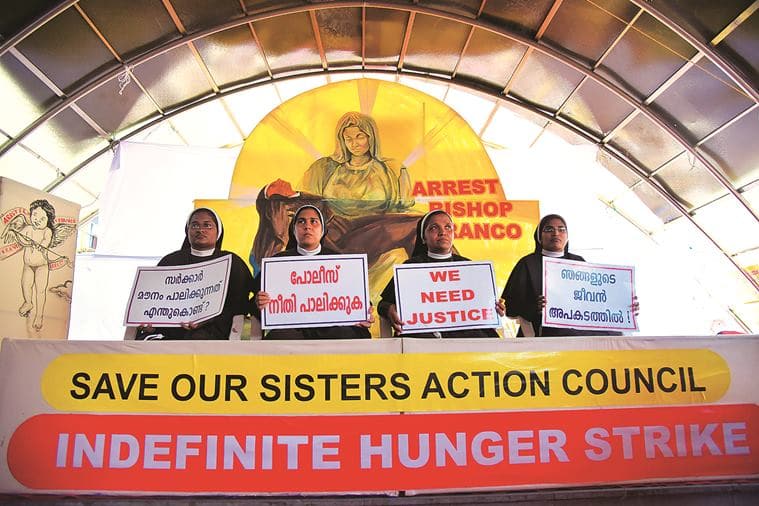 Born as the seventh of 11 children — six boys and five girls — into an affluent, land-owning family in Karikkottakary in Kannur district in 1965, countering inequality was a trait Sr Lucy picked up from her father early in her childhood. “My father was a popular social worker in the area and he would frequently intervene in local disputes. I was always struck by his kindness and benevolence towards the workers. The idea of becoming a social worker and helping the poor came to me because of him. At home, too, there was no gender discrimination among the 11 of us,” says Sr Lucy, who had joined the Church in 1985.

One of her early conflicts with the highly patriarchal structure of the Church came in 1993, when Sr Lucy was deputed to go to Bundi in Rajasthan to teach at a Church-run school. During her second year there, an elderly Goan priest took charge. “He wanted me to go to his house, scrub the floors and cook food for him. The other sisters did as told but I refused. He got angry and would badmouth me in front of the students. I returned to Kerala soon after,” she said.

From then on, the tussle with her superiors and the hard-line rules of the Church intensified every time she attempted to redraw the boundaries of her rights as a nun. When she submitted a request to the Church to fund her book of poems, Snehamazhayil (In the rain of love) in 2015, she claims the Church repeatedly turned it down till she published it herself in 2018. Around the same time, her requests to obtain a driving licence and buy a car were also dismissed by the Church. A car, she argued, was necessary to commute to her school every day and to visit homes of the local parishioners. She found it deplorable that nuns had to beg for commuting expenses or a lift from the local priest while the men in the church operated by different rules. Sr Lucy took driving lessons at the age of 53 and eventually bought a Maruti Alto on a bank loan.

If these incidents of rebellion made Sr Lucy a talking point in Karakkamala, the protests against Bishop Franco turned her into a darling of the liberal masses in Kerala. Those in the government and across the political aisle, however, said little, aware of the risks of angering the Catholic Church that wields influence over 61per cent of the Christians in the state. “My lawyer said that I’m like a drop of water staring at the sea,” says Sr Lucy with child-like glee.

The support on social media platforms and among progressive laymen thirsting for change within the Church has only made Sr Lucy’s case more arduous. At the convent where she stays, she remains completely ostracised. As she waits for the hearing of her case to come up, she says, “If the judge is conscientious, I am 100 per cent confident that he will rule in my favour. But if he’s not, this doesn’t end here. I will appeal till the Supreme Court. A woman cannot be thrown on to the street illegally. That’s why I am fighting. It’s not my personal issue. It’s a social issue.”