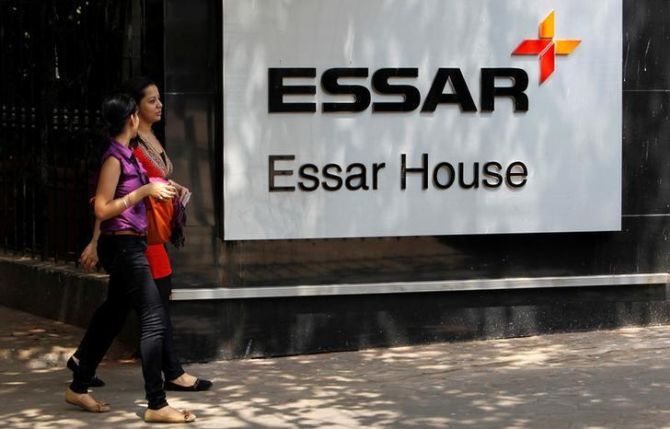 Apart from being the most successful cases under the IBC, Bhushan Steel and Essar Steel are among the best steel assets in the country. They also ended up helping their lenders get back a significant chunk of the money while allowing Tata Steel to consolidate its position and giving the world’s two largest steel makers — ArcelorMittal and Nippon Steel —  a strong foothold in India.

A significant contrast was the pace at which these two cases were resolved under the bankruptcy code.

In the annals of the Insolvency and Bankruptcy Code (IBC), Essar Steel may go down in history as the most noticeable resolution with the world’s largest steelmaker, ArcelorMittal, and the incumbent, Ruia family, locked in an intense battle spanning more than two years and ultimately resulting in full recovery of the principal amount for the financial creditors.

The $5.7-billion acquisition that closed after an 865-day-long saga was the largest private sector transaction in India in 2019 and the second-largest steel transaction globally that year.

But the real cherry on top was the entry of two of the world’s leading steelmakers – ArcelorMittal and Nippon Steel – in India, setting an ambitious target of 300-million tonne (mt) steel capacity by 2030-31.

With crude steel capacity of 9.6 mt, Essar Steel was one of the largest steel assets on the Reserve Bank of India’s first list of non-performing assets to be resolved under the nascent IBC and its resolution turned out to be a legal minefield for all stakeholders – bidders, lenders, et al.

Essar Steel was admitted for insolvency proceedings in August 2017.

But it ended up with two resolution plans – ArcelorMittal India and Numetal  – in the first round.

The process got complicated after the government amended IBC and inserted Section 29A, preventing defaulting promoters from submitting resolution plans without paying overdues.

“Documentary compliance to 29A was a challenge. It made the administrative load much higher,” recalls Vivek Kamra, managing director (MD), Alvarez & Marsal.

Close to 3,000 entities were scrutinised through the resolution process on account of global operations of ArcelorMittal, Numetal – and their partners Nippon Steel, Russia’s VTB Group – and Vedanta through the process.

Round One hit a roadblock when defaulting firms – Uttam Galva Steels and KSS Petron – with links to ArcelorMittal and Lakshmi Niwas Mittal popped up.

Although backed by VTB, Numetal stumbled on its links with the promoter family (25 per cent held by a trust having Ravi Ruia’s son Rewant as trustee).

That prompted the committee of creditors to disqualify both Arcelor and NuMetal’s bids, saying the promoters were tied to companies that were bank loan defaulters, and hence, ineligible.

A second round of bids followed, with more heavyweights tossing their hats into the ring.

JSW joined Numetal, while Vedanta entered the fray as a third bidder. Arcelor, was joined by Nippon, in its bid.

All through, the battle for Essar kept flitting in and out of courtrooms, hair-splitting different aspects of the Code, reaching up to the Supreme Court on more than one count.

“Resolution of Essar Steel took time primarily due to litigation.

“But it was one of the best assets and in the end, lenders recovered the entire principal amount,” says Pallav Mohapatra, MD and chief executive officer (CEO), Asset Reconstruction Company (India).

Mohapatra was closely involved in the process as deputy MD, State Bank of India.

Financial creditors realised close to 83 per cent of Rs 49,473 crore admitted claims in Essar Steel. Not just that, Arcelor had to pay dues on account of Uttam Galva and KSS Petron, amounting to Rs 7,469 crore to financial creditors of the companies to become eligible for the bidding of Essar Steel.

It’s been two and a half years since Arcelor and Nippon completed the acquisition of Essar Steel.

With a firm foothold in India – that has been long in the making – the global steelmakers are charting aggressive growth plans.