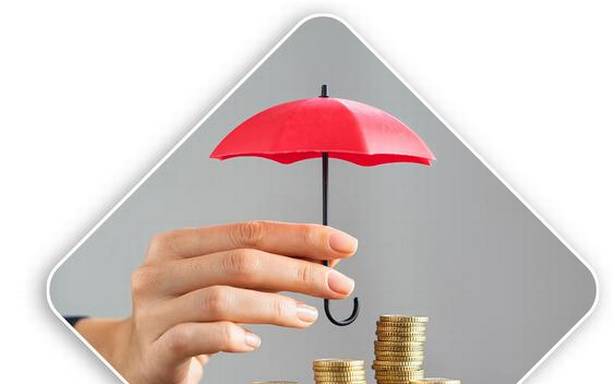 As interest rates have plunged to new lows in the last couple of years, depositors seeking regular income have been caught between a rock and a hard place. If they prioritise safety of principal and go with leading banks or NBFCs, they are forced to settle for interest rates of 5-5.5% that barely match inflation. Seeking higher rates with new private sector banks, cooperative banks or less-known NBFCs means exposing their principal to risks, with defaults by Dewan Housing Finance and RBI restrictions on depositors of PMC Bank, Yes Bank and Lakshmi Vilas Bank playing on one’s mind.

Until February 2020, if any commercial bank or cooperative bank failed in India and had its licence cancelled by the RBI, depositors were eligible to receive an insurance payout of up to ₹1 lakh covering all the accounts held by them. The insurance limit was hiked to ₹5 lakh per individual per bank in February 2020. The insurance amount was to be paid by DICGC (Deposit Insurance and Credit Guarantee Corporation) within two months of it’s receiving a list of verified claims from the bank’s official liquidator. In practice though, there was many a slip between the cup and the lip.

For one, the insurance amount became payable only if a bank was officially ordered to be liquidated by the RBI. However, in many cases, the RBI’s first move on perceiving weak financials or dodgy governance was to impose ‘directions’ on a shaky bank which restricted withdrawals by depositors to arbitrary sums of ₹1,000 to ₹10,000.

Two, even in cases where the RBI had passed final orders for liquidation, the official liquidator could take months to compile a list of eligible-depositor claims and hand them over to the DICGC, resulting in a multi-year wait for depositors to get their insurance money. Data in DICGC’s annual report shows that in FY20 it took 508 days on an average for depositors of liquidated banks to get their claims, with the number at 1,425 days in FY19.

Recent amendments to the DICGC Act, which were passed by Parliament in August and took effect from September 1, promise to fix this ineffectual deposit-insurance mechanism.

The new Act makes DICGC liable to pay bank depositors their insurance amount of up to ₹5 lakh as soon as the RBI places the bank under its ‘directions’ or restricts their withdrawals in any way.

Thanks to this change, bank depositors will not need to cool their heels for many years, with limited access to their money, while the bank or other authorities experiment with rescue packages before finally deciding to wind up a bank. The onus for paying depositors moves to DICGC, an RBI subsidiary, instead of resting with the troubled bank’s administrator.

The Act crunches the timelines within which depositors can hope to get their hands on the insurance money. Within 45 days of the RBI passing directions on a bank, it is required to furnish a full list of depositors and their claims to DICGC. The DICGC is required to verify the details online within 30 days of receiving this and credit the insurance money within 15 days. Overall, DICGC is now required to settle depositor insurance claims within 90 days of a bank being placed under RBI directions.

If the RBI is working on a merger or takeover of the ailing bank, it can ask the DICGC to extend this repayment schedule by another 90 days.

The above overhaul of deposit insurance has implications for you, even if you don’t have money stuck in a cooperative bank that is under the RBI’s directions.

The new rules place commercial banks, small finance banks and cooperative banks on an equal footing with respect to insurance cover. Should the bank get into trouble, you’ll be eligible to receive insurance of up to ₹5 lakh across all your accounts in it.

If you’re unhappy with the rates from top-rated NBFCs, private sector or small finance banks that offer higher rates, which enjoy deposit insurance upto ₹5 lakh offer a better alternative now. No matter how attractive the rates offered by others, it remains best to park your emergency fund and temporary windfalls in post office schemes and systemically important banks (SBI, HDFC Bank and ICICI Bank).