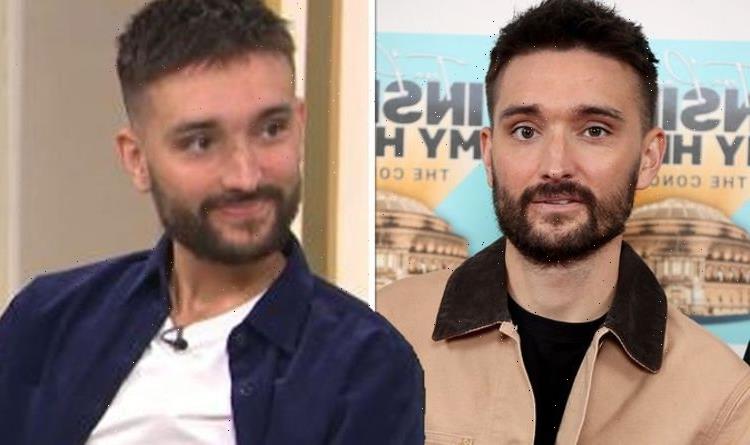 The Wanted star Tom Parker, 33, is fronting a new documentary tonight called Inside My Head, which is all about his cancer diagnosis. The singer was told he had a brain tumour last year and has been fighting it with chemotherapy and radiation ever since.

However, Tom admitted in a new interview how this had come with “dark days”.

The musician explained how at one point he was having to travel to Guy’s Hospital in London from his house in Kent daily for radiation sessions.

He’d only have a break from them at the weekend.

During this gruelling period, his weight dropped by a third to under eight stone.

Tom said: “Those were the darkest days of my life.

“Going up there and lying under those radiation machines were awful. It’s awful. It’s unnerving.

“You’re thinking, ‘Is this doing any good? Is this making a difference?’

“‘Is there any point in me doing this if I’m going to die? I’m not putting myself through this’.”

The Wanted star also admitted how the chemo was “brutal” as well.

He added to The Sun: “I wouldn’t wish it on anyone.”

Tom has a young family with his wife Kelsey Parker, 31.

Despite initially being told his brain tumour was inoperable, Tom has also shared his optimism for the future.

During an appearance on This Morning on Thursday, the star said he was feeling “positive”.

He said: “I wouldn’t have been able to do this five months ago.

“I feel a lot more confident and in control of my emotions… I would have been a crying mess.

“I’m feeling very positive. I’m thinking of having another [baby]!”

He also explained in his chat with The Sun how he aims to be cancer-free by March.

Tom recently reunited with his bandmates from The Wanted for a special concert.

A few weeks ago, the group came together to perform alongside Liam Payne and Ed Sheeran to raise money for charity.

Tom’s film tonight will focus on how he managed to pull it off.

Tom Parker: Inside My Head is on Channel 4 on Sunday, October 10 at 9pm.