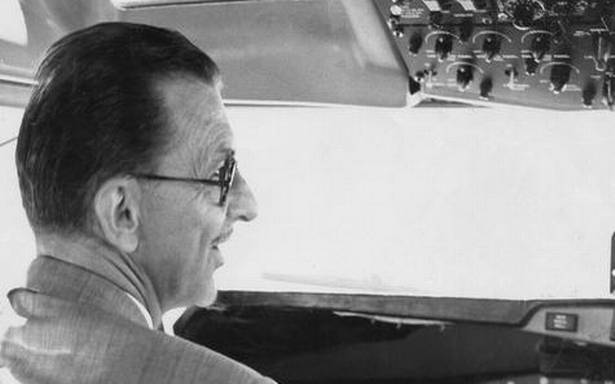 After 68 years, the Maharaja is all set to return to the Tata group. It took more than two decades and three attempts for the government to finally sell its flagship national carrier Air India.

The airline was founded by JRD Tata in 1932 and was called Tata Airlines then.

In 1946, the aviation division of Tata Sons was listed as Air India and, in 1948, the Air India International was launched with flights to Europe. The international service was among the first public-private partnerships in India.

In 1953, Air India was nationalised and for the next, over four decades it remained India’s prized possession controlling the majority of the domestic airspace.

With the opening up of the aviation sector to private players in 1994-1995 and private entities offering cheaper tickets, Air India gradually started losing market share.

As part of its broader privatisation and disinvestment push, in 2000-2001 the NDA government unsuccessfully tried to sell a minority stake in Air India.

The airline started suffering losses every year since Air India and Indian Airlines merged while retaining the brand name Air India in 2007.

A Turnaround Plan and a Financial Restructuring Plan were approved for Air India by the UPA regime in 2012.

While the Narendra Modi-led NDA Government’s first attempt at selling its stake in the state-owned airline in 2017-2018 failed, the BJP government’s second attempt finally took off in 2021 nearly 12 months after it was announced.

The government had set the reserve price at ₹12,906 crore and the Tata group made the winning bid of ₹18,000 crore.

The Tatas will own 100% stake in Air India, 100% in its international low-cost arm Air India Express and 50% in the ground handling joint venture, Air India SATS.

Apart from 141 planes and access to a network of 173 destinations including 55 international ones, Tatas will also have the ownership of iconic brands like Air India, Indian Airlines and the Maharajah.