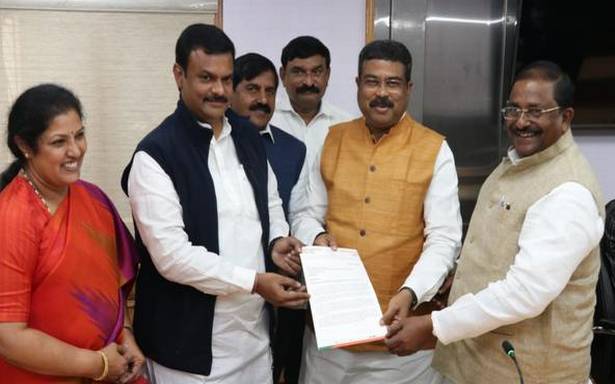 ‘Privatisation of the plant will lead to massive retrenchment’

A delegation of the Bharatiya Janata Party (BJP) leaders led by the party’s State president Somu Veerraju submitted a memorandum to Union Minister for Steel Dharmendra Pradhan in New Delhi on Monday, requesting him to withdraw the decision to sell away the Central government’s stake in the Visakhapatnam Steel Plant (VSP).

The BJP delegation wanted the Union Minister to not look at the steel plant only in terms of profit and loss, but consider the sentiment the people of Andhra Pradesh (AP) have for it.

The BJP leaders also pointed out that privatisation of the VSP would result in massive retrenchment of employees and that the plant was set up after a prolonged struggle in which 32 persons had laid down their lives.