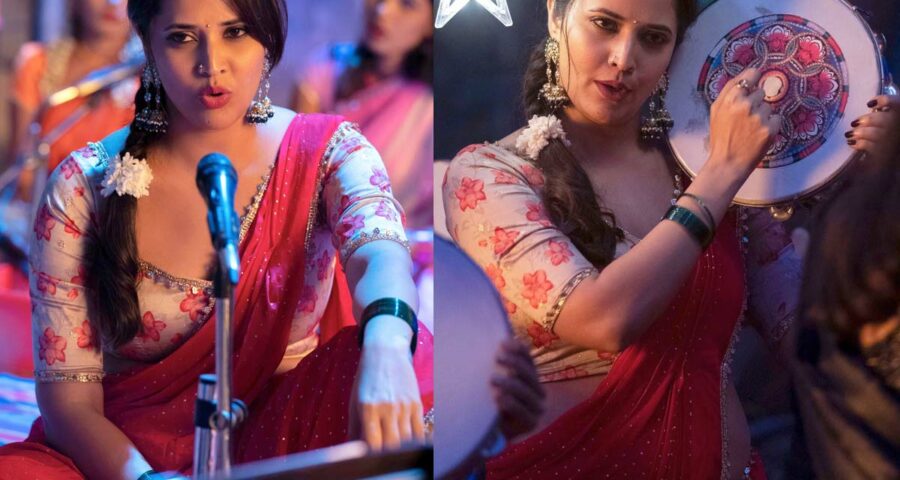 She looks h*t and  s*xy in a glittering saree that showcases her beauty.  The makers of Chavu Kaburu Challaga have already completed the song and the sources say that Anasuya Bharadwaj received heavy pay check for this 3 minute song, in which she will be seen shaking a leg with Karthikeya.

In past, Anasuya has also shook her legs for the movies Winner and F2: Fun and Frustration. The songs Suya Suya Anasuya and Ding Dong from these films were huge hit.