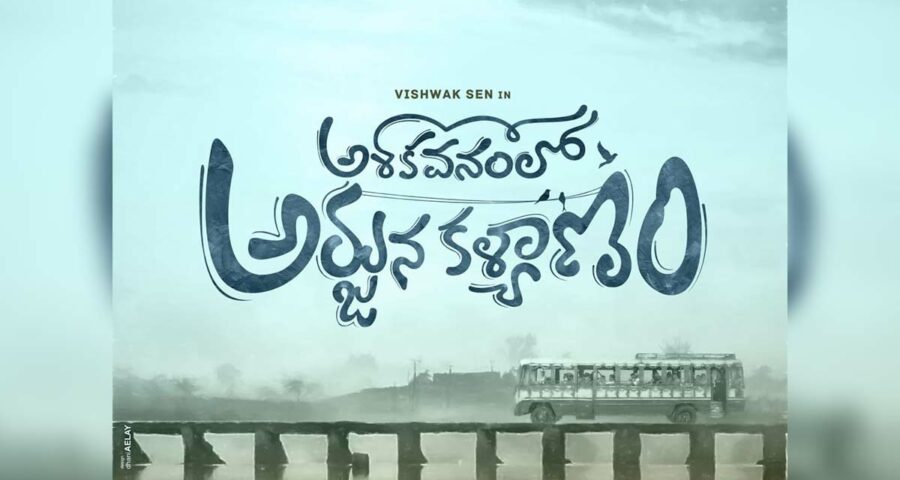 The young actor Vishwak Sen made his debut  with Tharun Bhascker’ directorial venture Ee Nagaraniki Emaindi, which was a decent hit at the box office and later he tested his luck in directorial field and came up with Falaknuma Das, which was remake of Angamaly Diaries.  He also received lot of applause for his performance in investigative thriller drama Hit in which he essayed the role of Vikram Rudraraju. Now Hit and Falaknuma Das fame Vishvek Sen who has mostly acted in mass dramas, has decided to act in a romantic movie.   Vishwak Sen has picked up a love entertainer subject titled ‘Ashoka Vanamlo Arjuna Kalyanam.’

Yesterday, Vishwak Sen starrer ‘Ashoka Vanamlo Arjuna Kalyanam’ was launched in Hyderabad with a pooja ceremony. In this film Vishwak is  essaying the role of Arjun. While the leading lady is yet to be announced, the music of the film will be scored d by Jaya Phani Krishna and the cinematography will be handled by Pavitran.  The story of this film is penned by Ravi Kiran Kola.

On the otherside, currently Vishwak Sen is currently busy in his upcoming film Paagal which has Simran Chaudhary and Megha Lekha in crucial roles.