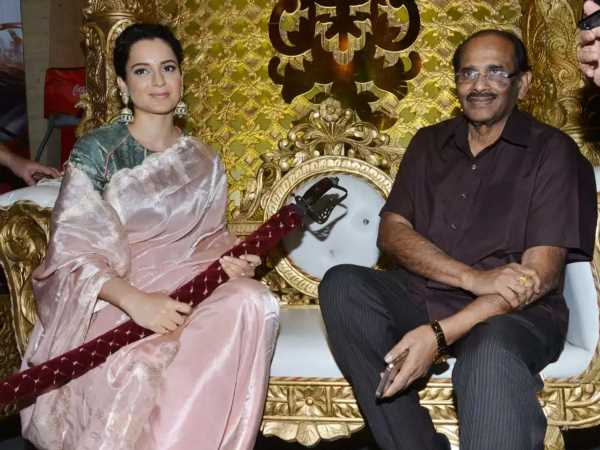 KV Vijayendra Prasad, the popular screenwriter from the south Indian film Industry, who is widely known for penning Baahubali series, Bajrani Bhaijaan and Manikarnika is penning the script for his upcoming multilingual film Sita- The Incarnation, which will be directed by Alaukik Desai and will be released in Hindi, Tamil, Telugu, Malayalam and Kannada.

According to Vijayendra Prasad, Sita will take the audience on a VFX-based journey of India’s mythological magnum opus. Earlier there was a strong buzz in the film industry that the makers are approaching Kareena Kapoor Khan to play the role of Sita in Alaukik Desai’ directorial venture and she is demanding Rs 12 Cr as remuneration.

But later  the news was revealed that Kareena Kapoor was never approached for the film . Now the reports are coming that KV Vijayendra Prasad is suggesting the name of National award winning actress Kangana Ranaut’ name for the role of Sita. He was one who suggested Ek Nirajan fame actress name for Thalaivi as well.

Vijayendra Prasad is currently associated with RRR- Roudram Ranam Rudhiram, which  is directed by his son SS Rajamouli. He also penned the story of the biopic on the life of actor-politician J Jayalalithaa titled Thalaivi starring Kangana Ranaut  which is helmed by AL Vijay.