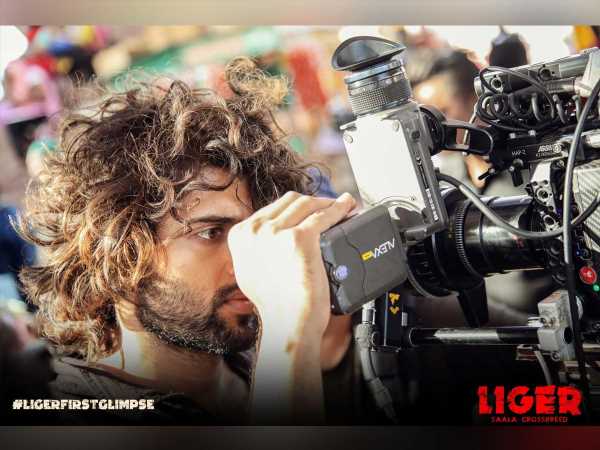 Vijay Deverakonda and Ananya Panday are working together for a film Liger which is being made in Telugu and Hindi. The upcoming action drama marks Vijay  Deverakonda’ debut in Bollywood whereas Ananya’ debut in Tollywood. As announced, the BTS from  Liger have been released  today morning on social media platforms. The pics show Vijay  Deverakonda behind the camera and discussing the scenes with  the creative and talented filmmaker  Puri Jagannadh.  Charmee caption it: Focus and Attack !!!

While  Liger BTS Stills were released today morning, Special Insta Filter will be out today at 4 PM.  The  First Glimpse will be out tomorrow on 31st December.

Liger is being directed by Puri Jagannadh  which  also has boxing legend Mike  Tyson in the crucial role.

Recently during the media interaction, Pushpa and Rangasthalam fame Sukumar announced his project with Vijay Deverakonda, which is expected to go on the floors in 2023.

Vijay Deverakonda reminds fans in his own style: 3