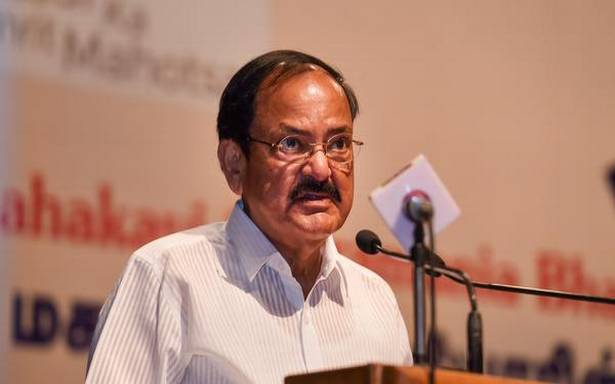 Cordon and search operations are on to ensure that there is no law and order problem during the visit.

Vice-President M. Venkaiah Naidu is arriving here on Tuesday from Guwahati on a two-day official visit. This is his first visit to Manipur as the Vice-President.

Union Minister of State R.K. Ranjan, who inspected some construction works of two projects in Imphal East and Imphal West districts ahead of the visit, said, “I am ashamed that despite adequate funds made available to the Manipur government there is no progress at all”. He added that his enquiry letters to the officials concerned in this regard remain unanswered.

Recently, police, including commandos, have been carrying on cordon and search operations to ensure that there is no law and order problem during the visit.

Top ranking police officials said that no insurgent or trouble-makers had been arrested during these raids.

Police have been beefing up security measures all these weeks. After residential areas are cordoned off in pre-dawn raids, the identities of all, including the insurgents on bail, are verified. Undocumented persons are taken to the nearest police station for further verification.