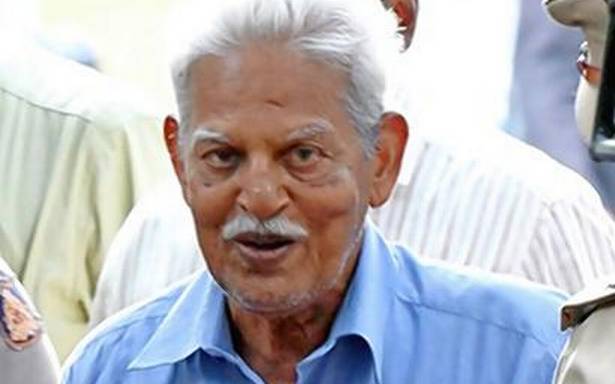 He had filed for an extension of his medical bail

The Bombay High Court on Thursday extended till December 2 the time granted to poet Varavara Rao to surrender before the Taloja Central Jail authorities in Maharashtra.

Mr. Rao, 82, was arrested on August 28, 2018 in the Bhima Koregaon violence case and was lodged in Taloja Central Jail.

He was granted interim bail for six months on medical grounds by the High Court on February 22 this year. He was scheduled to surrender and return to judicial custody on September 5.

The Bench directed him to file a fresh plea with substantial modifications for seeking extension of his medical bail.