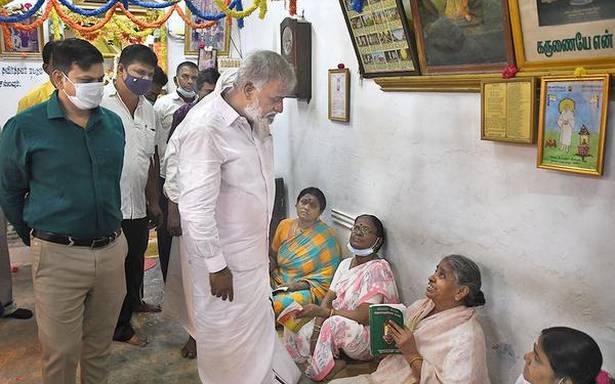 Minister for Hindu Religious and Charitable Endowments P.K. Sekarbabu on Sunday said that tenders had been called for consultants for constructing a world-class centre at Ramalinga Adigalar’s Sathya Gnana Sabhai in Vadalur in Cuddalore district. Vallalar, as he is addressed by his followers, was born on October 5, 1823.

The Minister, who visited the house where the Saint lived in the Seven Wells area in Chennai between 1825 and 1858, said that the government was ready to extend any help in the renovation of the building that is under private management.

Mr. Sekarbabu also said that the Vadalur centre, where food is being served continuously, would get a dining hall, a meditation centre and a library.