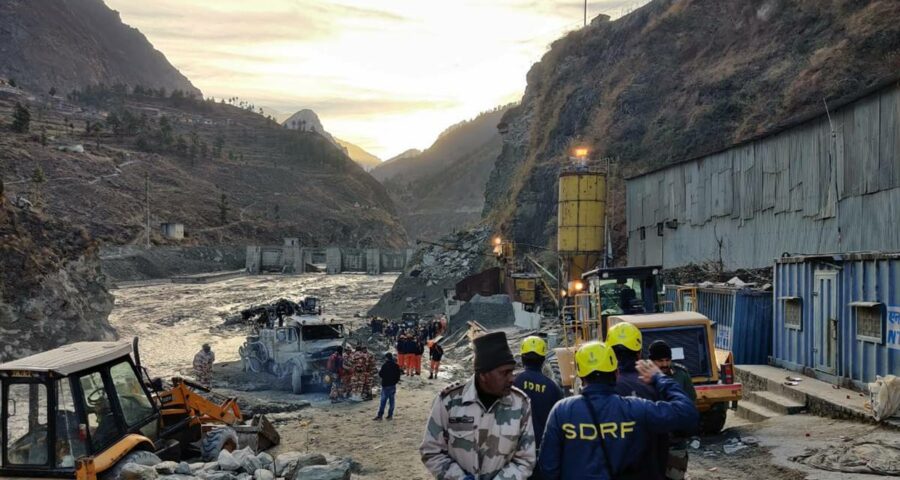 According to the State Emergency Control Room, 26 bodies have been recovered so far from the project sites of NTPC’s Tapovan Vishnugad Hydro Power Project and the privately owned Rishiganga power project. More than 48 hours after a flash flood struck Uttarakhand’s Chamoli district, rescue operations continued well into the night on Monday as personnel of the ITBP, NDRF and Army worked to locate around 170 people, mostly labourers working at two power projects, who are still reported missing.

According to the State Emergency Control Room, 26 bodies have been recovered so far from the project sites of NTPC’s Tapovan Vishnugad Hydro Power Project and the privately owned Rishiganga power project.

Officials said rescue operations are centred around a 1,900-metre-long tunnel at NTPC’s Tapovan site, where at least 35 people are believed to be trapped. A barrage at the project site had been washed away in the flood that saw water rise up to 70 feet, leading to debris blocking the 20-feet-wide opening of the tunnel.

The US, meanwhile, has condoled the loss of lives due to the avalanche caused by a glacier burst in Uttarakhand and wished for a speedy recovery of those injured. “Our thoughts are with our Indian friends and partners during this challenging time. We extend our deepest condolences to the family and friends of the deceased, and we hope for a successful rescue effort and a speedy and full recovery for the injured,” Ned Price, spokesperson of the Department of State told reporters, said.

Rescue operations continue a day after flash floods in Uttarakhand’s Chamoli district; 35 believed to be trapped inside Tapovan tunnel; 26 bodies recovered so far. Follow this space for the latest updates.

Rescue operations continued at Tapovan tunnel in Chamoli, Uttarakhand on Tuesday. Below is a video from the site. 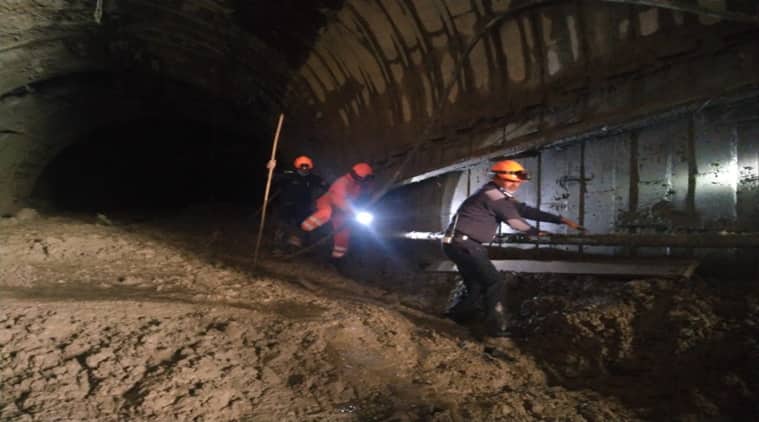 Uttarakhand DGP Ashok Kumar told The Indian Express that they had managed to reach 130 metres into the Tapovan tunnel. (File photo)

Uttarakhand DGP Ashok Kumar told The Indian Express that they had managed to reach 130 metres into the Tapovan tunnel. “We do not anticipate much trouble after we reach 200 metres,” he added.

Manjunath S R, commandant, Indian Reserve Battalion, who is coordinating the rescue operations at the site, said, “Till yesterday, we had managed to go 80 metres into the tunnel and managed another 50 metres by Monday evening. The operation will continue the whole night. There is a lot of slush that needs to be removed. The armed forces, NDRF, SDRF and police are all working in coordination.”

A glacial break in the Tapovan-Reni area of Chamoli District of Uttarakhand on Sunday led to massive flooding in Dhauli Ganga and Alaknanda Rivers, damaging houses and the nearby Rishiganga power project. Sources said there were 100 labourers on the barrage at Rishiganga of which at least 50 are feared dead. About 125 people are missing, according to the latest reports, even as seven bodies have been fished out.

The state government has announced financial assistance of Rs 4 lakh each to the kin of the deceased, Uttarakhand CM Trivendra Singh Rawat said.