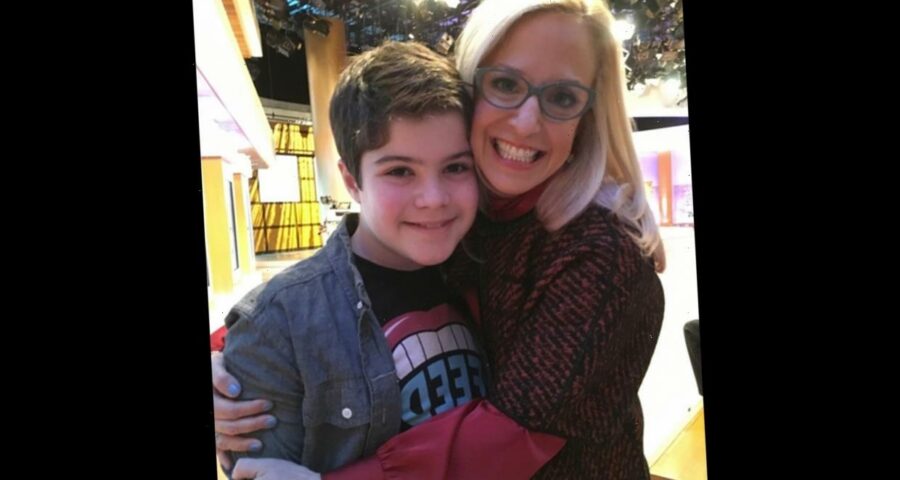 This is just… too hard to bear.

Dr. Laura Berman is going through a parent’s worst nightmare right now. The OWN host confirmed on her Instagram page on Monday that her son was dead after a drug overdose. Just 16 years old…

In the post she explained young Samuel Berman Chapman, whom everyone knew as Sammy, met with a drug dealer through Snapchat — and bought what she believes to be tainted prescription drugs. She wrote:

“My beautiful boy is gone. 16 years old. Sheltering at home. A drug dealer connected with him on Snapchat and gave him fentinyl laced Xanax or Percocet (toxicology will tell) and he overdosed in his room.”

Fentanyl is an even more powerful narcotic than the oxycodone in Percocets and has no place whatsoever in Xanax. It’s also the same drug that claimed the lives of Michael Jackson, Prince, and Tom Petty.

Pills laced with fentanyl are being seized by the literal millions by law enforcement around the country, something that’s turning the best-selling author’s grief into outrage. She continued:

“They do this because it hooks people even more and is good for business but It causes overdose and the kids don’t know what they are taking.”

Dr. Laura went on to explain she took her pain to social media in an effort to warn other parents:

“My heart is completely shattered and I am not sure how to keep breathing. I post this now only so that not one more kid dies. We watched him so closely. Straight A student. Getting ready for college. Experimentation gone bad. He got the drugs delivered to the house. Please watch your kids and WATCH SNAPCHAT especially. That’s how they get them.”

The kid never even left the house. It was that easy. Shocking.

The Language of Love podcast host released a statement to E! News as well, amplifying her message directly for Snapchat and other social media:

“Our hearts are broken for ourselves and for all the other children that are suffering during this pandemic. We call on Snapchat and Twitter to help the Santa Monica Police with their investigation, which according to the police is something the big technology companies regularly refuse to do. And we encourage every parent to manage their children’s social media as closely as possible.”

How is Snapchat reacting to being called out like this?

A spokesperson for the company told the outlet:

“Our deepest sympathies are with the family and friends of Samuel Berman Chapman and we are heartbroken by his passing. We are committed to working together with law enforcement in this case and in all instances where Snapchat is used for illegal purposes. We have zero tolerance for using Snapchat to buy or sell illegal drugs.”

We guess going public really did help, if only to keep them honest.

We are so, so sorry to Dr. Laura and her family during this time of unimaginable loss. #RIP Sammy