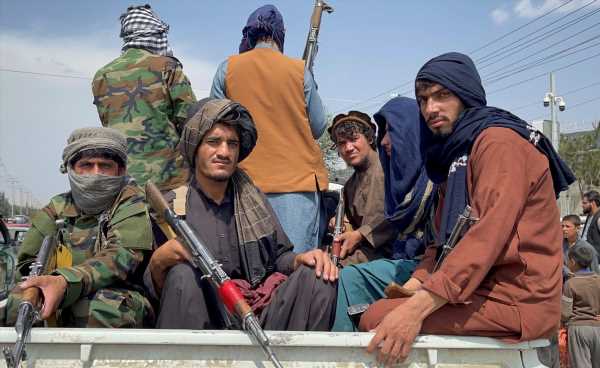 The US is not in a forgiving mood for being humiliated in such a manner by an insurgent force and made to look a ‘loser’ internationally, predicts Ambassador M K Bhadrakumar, who played a stellar role in beginning India’s dealings in Afghanistan in 1994.

The back-to-back press briefings on August 30 by General Kenneth F McKenzie Jr, commander, US Central Command, and Antony J Blinken, US secretary of state, on Afghanistan conveys the picture of a superpower badly bruised and embittered but remaining vengeful. This is bad news.

‘Taliban had been very — very pragmatic and very business-like… they were actually very helpful and useful to us as we closed down operations,’ General McKenzie said. But then, the Americans wouldn’t even share with the Taliban the exact time of their ‘tactical exfiltration’. Nor was there any ‘discussion of turning anything over.’

Five plane-loads of US personnel, civilian and military, just made themselves scarce from Afghan soil on August 31, the deadline for vacation of occupation set by the Taliban!

What a bizarre way to end the ‘forever war’!

The bitterness shows. Before leaving, the US ‘demilitarised’ Kabul airport.

But the four-star general wasn’t even asked to explain why he was so thoroughly pleased with himself.

Clearly, the US regards the Taliban as potential enemy and has defanged it to whatever extent possible.

And this, while General McKenzie also acknowledged that the ISIS remains ‘[a very lethal force and I think we would assess that probably there are at least 2,000 hardcore ISIS fighters in Afghanistan now… and that’s going to be a challenge for the Taliban, I believe, in the days ahead.’

Therefore, the US didn’t ‘demilitarise’ the equipment necessary for civilian airport operations such as fire trucks and front-end loaders and so on so that Kabul airport can be operational ‘as soon as possible’ to continue the evacuation of Afghans and stranded foreigners.

You don’t have to be a general to know that so long as Kabul airport is under threat from rocket attacks, no civilian airline will operate there.

Yet, the US ‘demilitarised’ the airport! 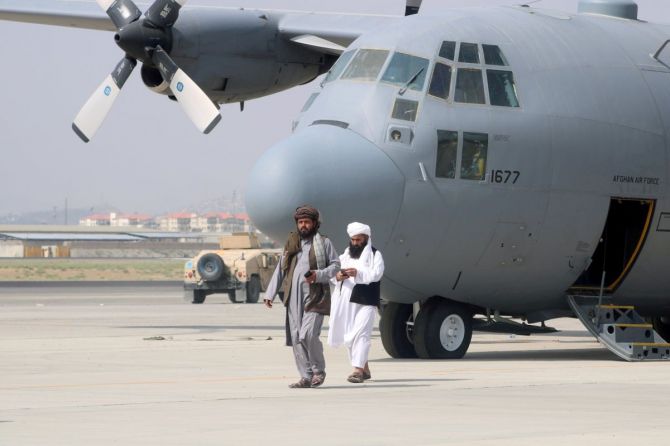 Sophistry aside, the fact of the matter is that the US is not in a forgiving mood for being humiliated in such a manner by an insurgent force and made to look a ‘loser’ internationally.

It will do whatever is needed to make life hell for the Taliban militarily. Apres moi, le deluge!

General McKenzie refused to be drawn into discussion on the US’ future dealings with the Taliban.

He was evasive: ‘I can’t foresee the way future coordination between us (the US-Taliban) would go. I would leave that for — for some future date. I will simply say that they wanted us out; we wanted to get out with our people and with our — and with our friends and partners. And so for that short period of time, our issues — our — our — our view of the world was congruent, it was the same.’

The embittered tone is self-evident.

And the schadenfreude too was on display: ‘I do believe the Taliban is going to have their hands full with ISIS-K. And they let a lot of those people out of prisons, and now they’re going to be able to reap what they sowed.’

‘Well, I think that the — the terror threat is going to be very high. And I don’t want to minimise that.’

The game plan is to make the Taliban crawl on their knees and beg for help from NATO to operate Kabul airport.

The US is unlikely to respect Afghan sovereignty and territorial integrity.

Afghanistan is of high importance as a strategic hub to pursue the containment of China, Russia and Iran.

In the name of counter-intelligence and fight against ISIS terrorism, there is always scope for intervention whether the Taliban government approves it or not.

At the same time, the UN Security Council resolution of August 30 gives a handle to pile pressure on the Taliban — although the debate showed Russia and China are on guard already.

The US wields much influence among the non-Taliban spectrum of Afghan politics.

Unless the Taliban bend to the US wishes, Washington has the option to play the Afghan factions against each other, including the factions within the Taliban.

In the US estimation, there is a long way to go for the Taliban to establish dominance in the country.

On the whole, General Mckenzie sounded sceptical about the Taliban’s future. 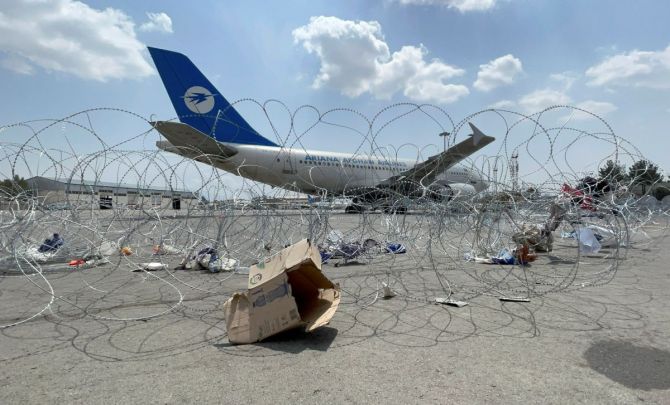 Without doubt, US intelligence has penetrated the Taliban and possibly is even capable of splintering the Taliban.

Suffice to say, if push comes to shove, the US can create a Syria-like situation to effectively keep Afghanistan unstable so as to thwart China’s plans for Belt and Road and for exploitation of the country’s vast mineral wealth estimated to be in the region of $3 trillion.

The rebels in Panjshir have a strong Western connection.

Amrullah Saleh was trained by the CIA in the 1990s.

Ahmad Massoud is a product of Sandhurst and King’s College, London. Massoud, in fact, has sought Western help to fight the Taliban.

In his press briefing on August 30, Blinken was quite blunt — ‘While we have expectations of the Taliban, that doesn’t mean we will rely on the Taliban… Going forward, any engagement with a Taliban-led government in Kabul will be driven by one thing only: our vital national interests.;

The US is putting in place the coercive tools needed to pressure the Taliban.

In Blinken’s words, ‘The main point I want to drive home here today is that America’s work in Afghanistan continues. We have a plan for what’s next. We’re putting it into action.’

No, there isn’t going to be any repeat of the ‘Vietnam syndrome’.