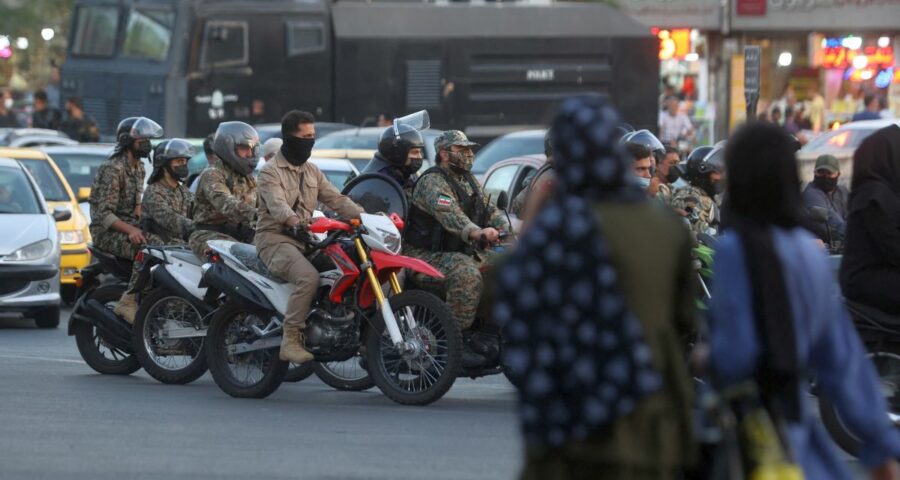 United States President Joe Biden has said they will impose costs on perpetrators of violence against peaceful protesters in Iran, the country witnessing protests over the death of a woman in the custody of the morality police.

“This week, the United States will be imposing further costs on perpetrators of violence against peaceful protesters. We will continue holding Iranian officials accountable and supporting the rights of Iranians to protest freely,” Biden said in a statement.

Biden said the United States is making it easier for Iranians to access the internet.

The United States is also holding accountable Iranian officials and entities, such as the morality police, that are responsible for employing violence to suppress civil society, he said.

“I remain gravely concerned about reports of the intensifying violent crackdown on peaceful protests in Iran, including students and women, who are demanding their equal rights and basic human dignity,” he said.

They are calling for just and universal principles, which underpin the United Nations Charter and Universal Declaration of Human Rights, he added.

“For decades, Iran’s regime has denied fundamental freedom to its people and suppressed the aspirations of successive generations through intimidation, coercion and violence. The United States stands with Iranian women and all citizens of Iran who are inspiring the world with their bravery,” the US president said.

White House Press Secretary Karen Jean-Pierre told reporters on board Air Force One that the US is alarmed and appalled by reports of security authorities responding to university students’ peaceful protests with violence and mass arrests.

“University students are the talented young people who should be the future of Iran. They are rightly enraged by the death of Mahsa Amini, the Iranian government’s treatment of women and girls and the ongoing violent crackdown on peaceful protests,” she said.

“This weekend’s crackdowns are precisely the sort of behaviour that drives Iran’s talented young people to leave a country by the thousands to seek dignity and opportunity elsewhere,” Jean-Pierre said.

Responding to a question, the press secretary said the Joint Comprehensive Plan of Action (JCPOA) is the best way to address the nuclear problem with Iran.

“As long as we believe pursuing JCPOA talks is in the US national security interest, we will do so,” she said, adding that the US will continue to use other tools to address other problems with Iran’s behaviour.

“You’ve heard this from the National Security Advisor, Jake Sullivan, that even though we are engaged in nuclear negotiations, we’re not going to slow down one inch in our defence and advocacy for the rights of the women and the citizens of Iran,” she said.

“Even at the height of the Cold War, as President Reagan was calling the Soviet Union an evil empire, he was engaged in arms control talks,” Jean-Pierre said.