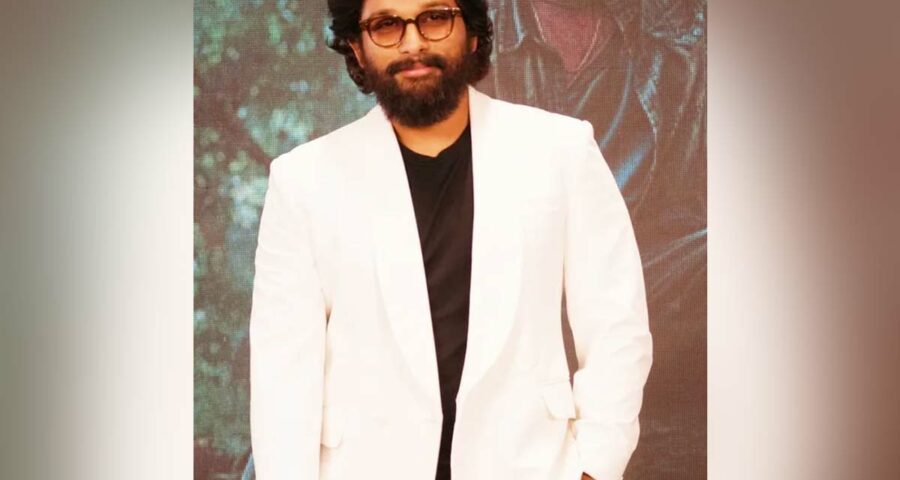 Allu Arjun has been introduced as the grandson of comedian Allu Ramalingaiah, the son of top producer Allu Arvind and a hero from Mega Family. However he earned the star image with his own strength without relying on his family image. Bunny, who gained an unexpected level of fan following in Kerala many years ago, has also increased her fan following in the Bollywood industry with Pushpa The Rise. With his amazing dance and acting, he has gained millions of fans today and has become a Pan India star. Today is Allu Arjun’s birthday. With this Birthday, Allu Arjun is entering his 40s.

On this occasion, Let us now know some interesting facts about Allu Arjun:

About Family: Allu Arjun was born on April 8, 1983 in Chennai. Raised there for 8 years. However, Allu Arjun’s parents are from Palakollu, West Godavari district in Andhra Pradesh.

As a Child artist: Allu Arjun’s first film as a child actor was ‘Vijeta’. Chiranjeevi played the hero in this film directed by A. Kodandarami Reddy. The film is produced by Allu Arjun’s father Allu Aravind.

Allu Arvind has kept away from films saying that his education should not be disturbed after these films. However, he did not have much interest in education. Dance and gymnastics are of great interest. They made him turn to movies again.

First Movie: Allu Arjun starred in ‘Daddy’ starring megastar Chiranjeevi before ‘Gangotri’. It is also produced by Allu Arvind Garu. Allu Arvind did a guest role in the movie ‘Daddy’ with the suspicion that he can act without fear in front of the camera.

Bunny was launched as a hero with ‘Gangotri’..! People did not like the look of Allu Arjun in that movie. Everyone thought it was hard for him to stand up as a hero. How much courage it takes to dress like a girl in the first movie.

As a Pan India Star: With ‘Arya’ Bunny not only changed his look but also earned a star image. Allu Arjun’s mass action Movies like ‘Bunny’ and ‘Desamuduru’ have further enhanced Allu Arjun’s image. Mass Angle came out with these movies.

At a time when he was thinking of becoming a mass hero Allu Arjun did a class movie like ‘Parugu’. It has to be said that the movie has shut everyone’s mouths with those when rumors were coming in that Bunny was a difficult character with a slight double shade.

The role of a hero with negative shades should be done with ‘Arya 2’. Allu Arjun’s list of The Best Roles in his career Cable Raju is at the top of the list. That is the role he played in the movie ‘Vedam’. ‘Julai’ with Trivikram, Bunny Comic timing in this movie is at its peak. The new bunny then appears in Attitude with ‘Iddarammayilatho’. In ‘Yevadu’ the character appears for a while, Admitting such a small role when it comes to career peaks is a big deal. A movie that combines comedy with a commercial story, ‘Race Gurram’.

Films like ‘Ala Vaikunta Puram Lo’ and ‘Pushpa’ made Bunny popular all over the country. In particular, ‘Pushpa the Rise’ directed by Sukumar made Allu Arjun a Pan India star.

Why he became an Icon Star: Bunny introduced Six Pack culture to Tollywood. After bunny six packs for ‘Desamuduru’ He was followed by many Tollywood heroes. Bunny also introduced hair straightening with ‘Arya 2’..! Now there are pre-release ceremonies before every movie. That culture also started with Allu Arjun’s ‘Sarainodu’ movie..! Though not shot at the Pan India level, Allu Arjun starrer ‘Ala Vaikunta Puram lo’ has grossed over Rs 160 crore. Even in the face of adverse issues like pandemic and ticket rates issue, ‘Pushpa’ has made history by garnering a share of up to Rs 165 crore.