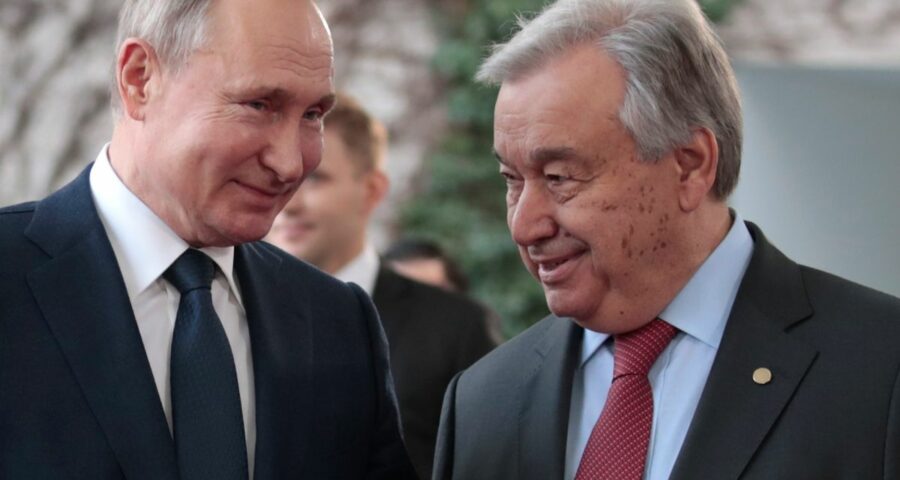 Earlier this week, Guterres had written to Putin and Ukraine’s President Volodymyr Zelenskyy to receive him in Moscow and Kyiv ‘to discuss urgent steps to bring about peace in Ukraine’.

The UN chief ‘will have a working meeting and lunch with Foreign Minister Sergey Lavrov. The Secretary-General will be received by President Vladimir Putin on April 26’, it said.

On Wednesday, the UN chief’s Spokesperson Stephane Dujarric had told reporters that two separate letters were handed over to the Permanent Missions of the Russian Federation and Ukraine on Tuesday afternoon.

“In these letters, the Secretary-General asked President Vladimir Putin to receive him in Moscow and President Volodymyr Zelenskyy to receive him in Kyiv. The Secretary-General said, at this time of great peril and consequence, he would like to discuss urgent steps to bring about peace in Ukraine and the future of multilateralism based on the Charter of the United Nations and international law,” he said.

The UN chief has noted that both Ukraine and Russia are founding members of the United Nations and have always been strong supporters of the Organisation.