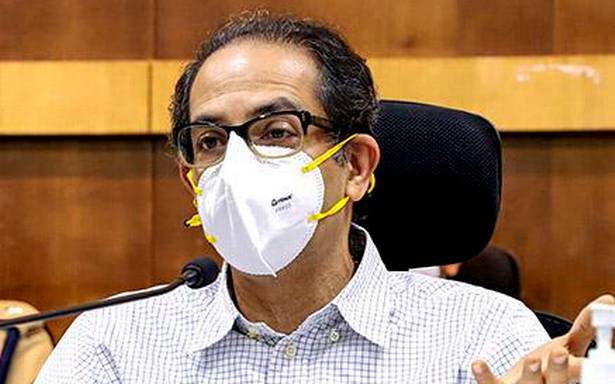 Chief Minister Uddhav Thackeray on Tuesday wrote to Maharashtra Governor Bhagat Singh Koshyari, advising him to write to Prime Minister Narendra Modi and Union Home Minister Amit Shah to call for a special session of Parliament on women’s safety in the country.

Mr. Thackeray was replying to Mr. Koshyari’s letter supporting the Opposition Bharatiya Janata Party’s (BJP) demand to call for a special session on women’s safety in the State in the wake of the Saki Naka rape case in Mumbai. Mr. Thackeray, in a detailed letter to the Governor, listed out cases of atrocities against women in States like Delhi, Uttar Pradesh, Bihar and Gujarat.

In his reply, the CM wrote: “You expressed worry regarding women’s safety after Saki Naka incident. We too are worried. But the topic is not limited to Saki Naka. It is nationwide. All the victim women are looking at you with great hope. Therefore, kindly demand a four-day long special session of the parliament to voice against atrocities on women across the country by writing to Prime Minister Modi and Home Minister Shah. Saki Naka incident will also be discussed there.” He added that such incidents brought shame to the State, country and entire society. “While the State government is taking strict actions, these issues must be discussed at the national level,” he said.

Prior to the letter, the CM had questioned Governor Koshyari’s action in writing to him and asking him [the CM] to convene a special session of the State legislature. “At a time where government is doing its work (post-Saki Naka incident) by taking necessary steps, your notice to discuss the issue will create a new argument. Governor joining the chorus with anti-government elements will harm the parliamentary democratic process,” Mr. Thackeray said.

A BJP delegation had visited Mr. Koshyari in the wake of the Saki Naka rape incident, claiming the law and order situation had deteriorated in the State, with increase in crimes against women. The delegation had demanded a special session of the State Legislative Assembly to discuss the issue. Following this, Mr. Koshyari conveyed it to Mr. Thackeray in a letter.

Mr. Thackeray, in his letter, highlighted the immediate measures taken by Mumbai police in arresting the accused. He also stated that a high-level meeting on law and order in the State had been held and “Nirbhaya squads” formed in every police station. The CM reminded Mr. Koshyari of incidents of atrocities against girls and women in Delhi, Bihar, Uttar Pradesh and Gujarat, and even highlighted the support extended to the accused, instead of the victim, by the respective police forces. “BJP does not seem to have noticed these incidents neither demand a special session in these States,” his letter said.